Carnaby’s black-cockatoo (Calyptorhynchus latirostris) is a white-tailed black cockatoo found in the south-west of Western Australia, most often observed in flocks at dawn or dusk as they leave or return to a roost site. The male has a black bill and reddish eye-ring, while the female has a whitish bill, grey eye-ring and a more distinct cheek patch. Juvenile birds are similar in appearance to the adults, except that juvenile males have pale bills which begin to darken after the second year. They are best distinguished from the adults by the harsh, rasping call that they make when begging for food.

Carnaby’s black-cockatoo is recognised as a threatened species under State and Commonwealth legislation. In the light of this, Cocanarup and its surrounds play a vital role in the survival of the important south-eastern population of the species. This is outlined in the sections that follow, along with more background information about the species, its behaviour and its needs. 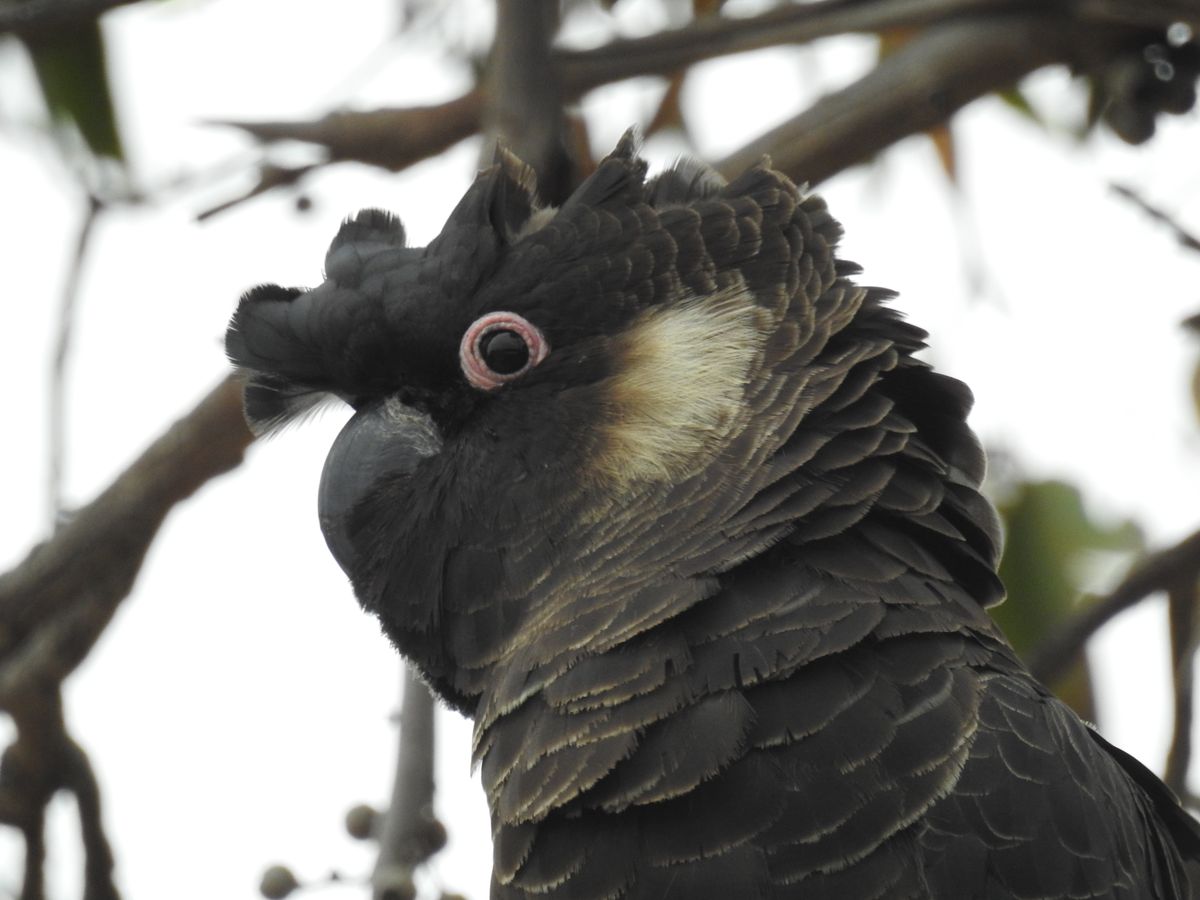 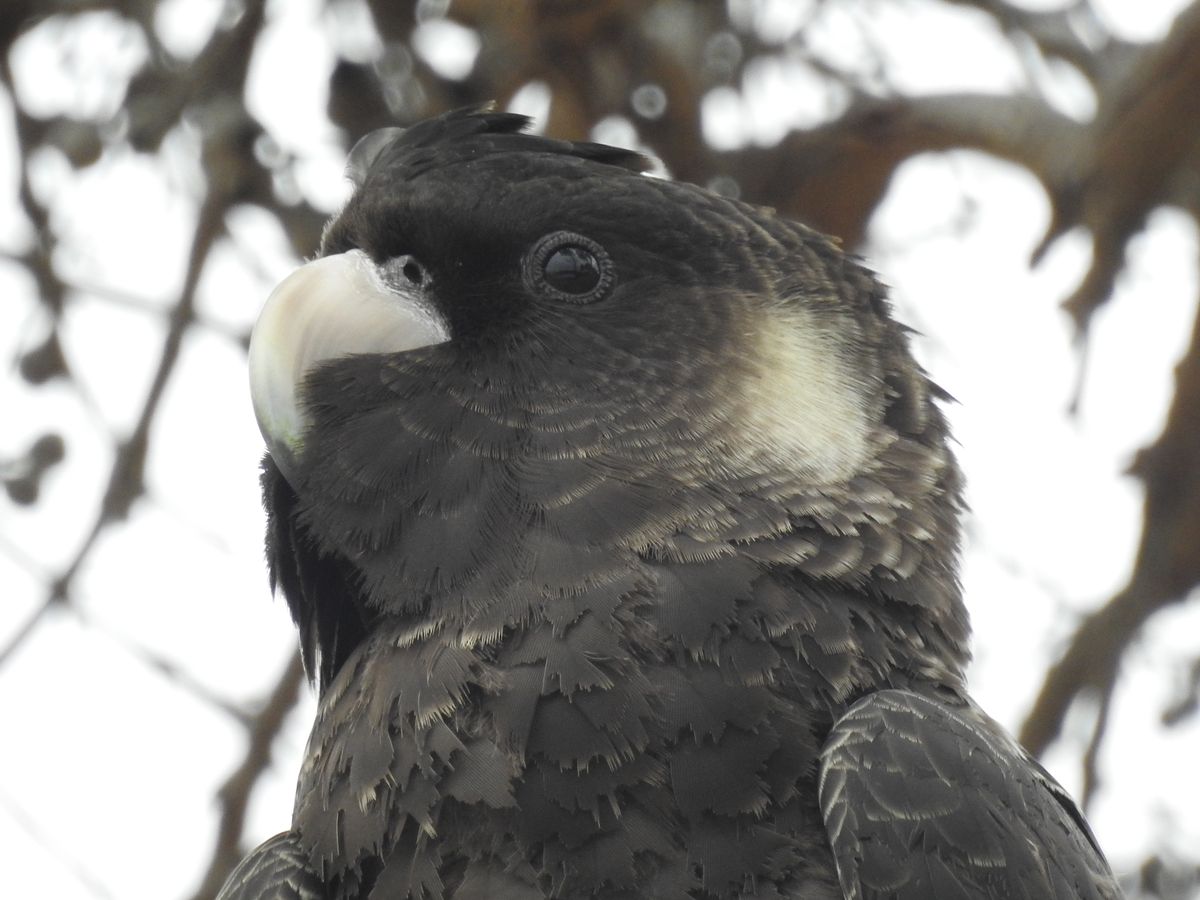 Carnaby’s first appear in Cocanarup in June/July and nesting and raising young takes place through spring and into summer. The earliest confirmed nesting record is in the first week of August and the latest record of adults feeding young is in the first week of February. Once the young birds are ready, the birds leave Cocanarup and fly the 35-plus km to the south coast and spend the non-breeding season there.

They feed on the extensive area of botanically diverse and “cockie-food-abundant” banksia shrublands which dominate this very important coastal corridor of vegetation stretching through the Fitzgerald River National Park to well east Hopetoun. Then, at the end of each day the birds fly to a suitable roost site, which can be many kilometres from their feeding area. Over the years, some roost sites have been located and they include trees along the Oldfield, Jerdacuttup, Steere, Phillips and West Rivers. In this region, the use of roost sites appears to be opportunistic, rather than birds consistently using a particular site – however, having fresh water nearby appears to be a consistent requirement.

In April 2019, flocks of up to 800 birds were regularly recorded flying just before sunset in a north-westerly direction from east of Jerdacuttup Lakes to a place on the Steere River, where there are suitable roost trees and presumably fresh water. This roost site is within the proposed Cocanarup – Kundip Class A Reserve.

The combined critical habitat requirements of the local Carnaby’s include:

All of these habitat requirements need to be safeguarded for the local population of Carnaby’s to survive and thrive. To protect Carnaby’s requires protecting the whole wonderfully diverse patchwork of vegetation and resources that characterise this area.

The Cocanarup salmon gum woodland is the most specialised and non-replaceable of the resources required by Carnaby’s. The woodland, which comprises several distinct areas, is estimated to be about 1000 ha in extent. It is the most extensive patch of salmon gums in the region and, most importantly, it has large mature stands of trees which have developed numerous hollows large enough for use by nesting Carnaby’s. Much of the other salmon gum woodland in the district was cut over for mining in the early 1900s or has been otherwise disturbed, and has not developed hollows. There is simply no equivalent stand of trees in the region. Another invaluable feature of the Cocanarup nesting site is that it is surrounded by intact vegetation which provides the necessary forage areas for breeding birds.

The following plants are known to provide food for Carnaby’s in the Ravensthorpe-Hopetoun area:

Known threats to local Carnaby’s as listed in the Fitzgerald Biosphere Recovery Plan (2012), include: 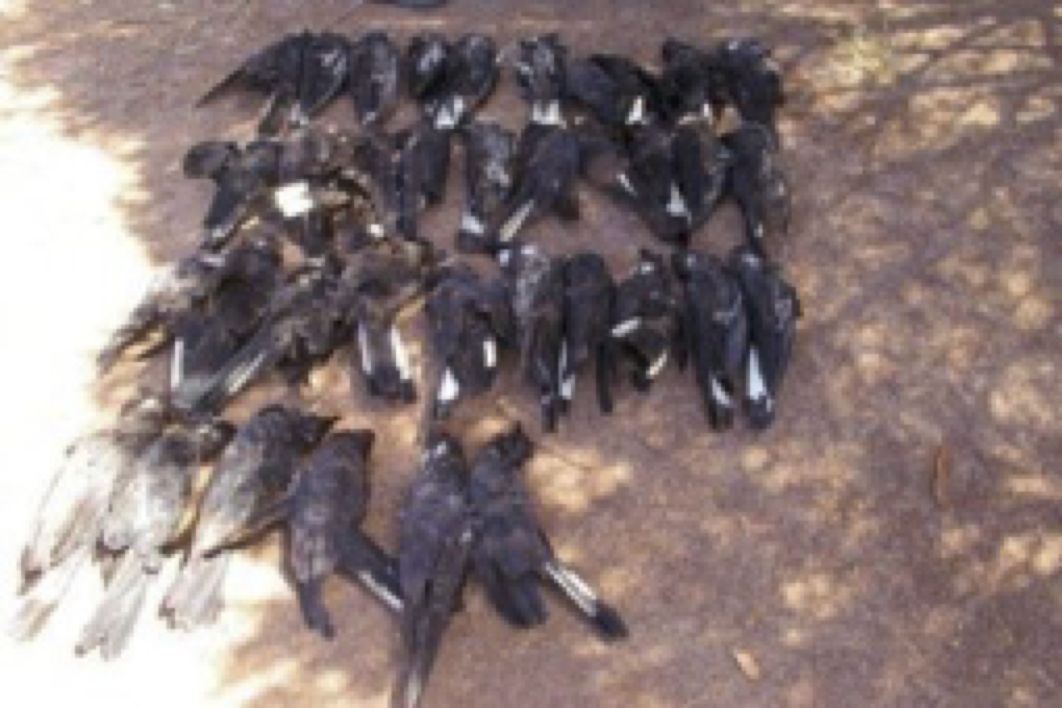 As an example of the effect of a severe weather event, the local Carnaby’s population suffered a significant set-back when on 8 January 2010, the temperature reached 48o C in Hopetoun and caused a massive mortality of cockatoos and other bird species on the central south coast. Deaths were reported locally from Hopetoun golf course, Jerdacuttup River and Munglinup. There were over 200 known cockatoo mortalities, but the total would have been much greater than this if it were to include unknown events. Prior to this event it was usual to record hundreds of cockatoos in Cocanarup during nesting surveys. Since 2010 the only cockatoos recorded there appear to be the nesting pairs.

It is also obvious to those who monitor nesting in Cocanarup that usurpation of nesting hollows by galahs, barn owls and feral bees is a detrimental factor in cockatoo breeding success.

Monitoring of nesting in Cocanarup

Monitoring of nesting in Cocanarup was initiated by the Friends of the Fitzgerald River National Park, when in October 2006 they organised an excursion to search for nests in the area. The twelve members who attended were reportedly delighted to find five active nests and many potential nest-hollows on that occasion. Until this time it seems that few people knew that it was a significant nesting area. The Forests Department made no reference to it in their management plan in 1980, and reports by biologists who have worked in the area make no reference to breeding until recently. The Friends’ excursion was probably part of a building momentum for the conservation of Carnaby’s as soon after this Birds Australia appointed a project officer to work along the south coast with community members to monitor Carnaby’s.

The Friends of Fitzgerald group is pictured in the image below around the historic Cocanarup spring located in the bed of the Phillips River, as it seems no excursion to Cocanarup is complete without learning something of the big story of the place. See: Narpulungup News Nov. 2006, #4, p.4.

Since 2007 when the first project officer started, monitoring has been carried out on a weekend in October each year and it is on-going. Consequently, over 10 years of data on nesting in this area has now been accumulated – and there is also now a group of dedicated people who are committed to continuing the effort and to protecting the Carnaby’s black-cockatoo.

See the next section (Significance of Cocanarup area for Carnaby’s) for a detailed summary of the latest (2019) nest survey. 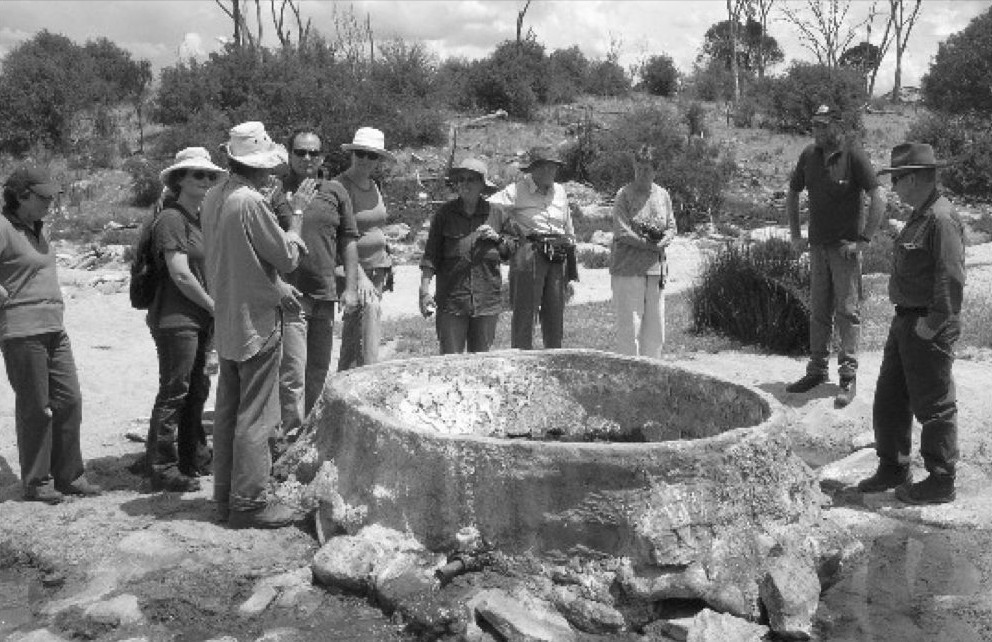 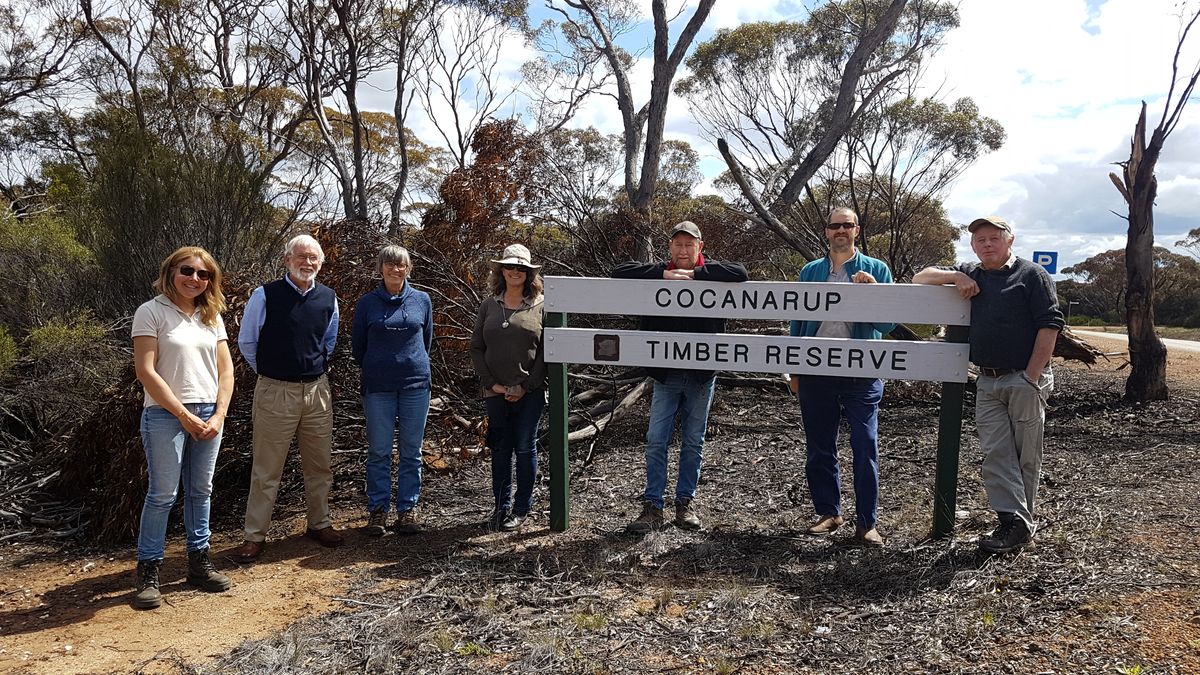 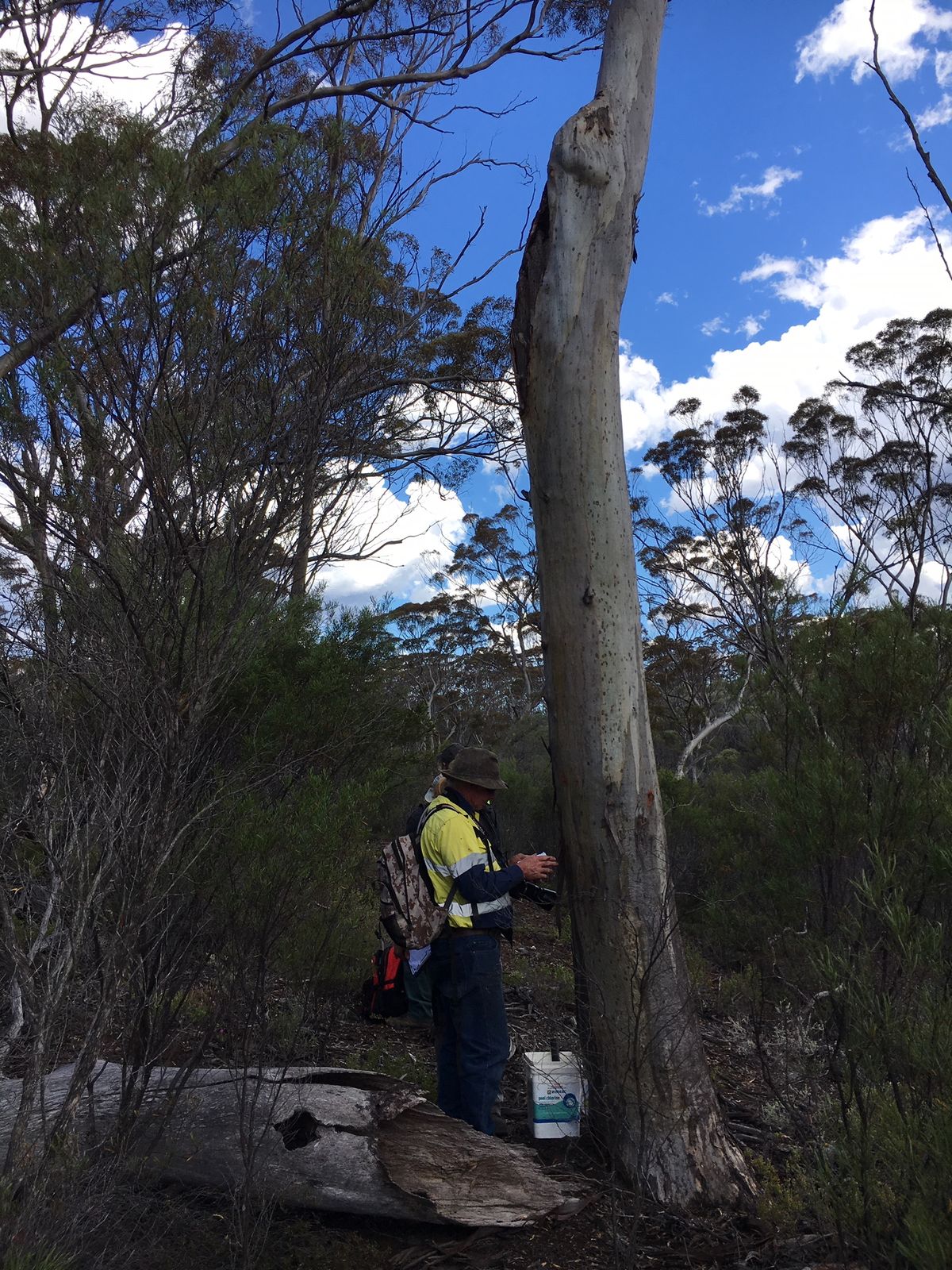 The significance of the Cocanarup area for Carnaby’s black-cockatoo has been confirmed by BirdLife Australia, and communicated to the Federal Department of Environment and Energy, the WA Department of Mines, and relevant Ministers. Following are some excerpts from that correspondence (Dec. 2018):

“The Cocanarup area is one of the top three important breeding sites for Carnaby’s Black-Cockatoo in WA.”

“Presently there are 141 confirmed nest trees in the area, a further 35 potential nest trees (having suitable hollows but as yet no record of breeding), and each year up to 43 breeding pairs have been recorded breeding. These figures are an under-estimate because each year new nests are located and confirmed and due to the immense effort required to survey breeding, not all breeding events can be captured each year. It is estimated that closer to 60 breeding pairs breed in Cocanarup and the immediate surrounds. These breeding figures exceed those at most other sites within Carnaby’s breeding range that BirdLife is monitoring, further emphasising the conservation significance of the site.”

“Cocanarup is clearly a significant area for Carnaby’s during the breeding season and this is because of the high concentration of hollow bearing salmon gum trees across the reserve and the proximity of the area to extensive and undisturbed feeding habitat throughout the Ravensthorpe, Hopetoun and broader Fitzgerald Biosphere regions. The numbers of birds breeding at Cocanarup is typically not supported elsewhere (even where nests are present) because of the lack of food resources resultant of extensive clearing for agriculture across much of the birds breeding range.”

2019 nest survey outcomes: over five days in mid-October 2019 teams of local volunteers worked with staff from BirdLife Australia and DBCA to monitor the most recent Carnaby’s nesting season out in the Cocanarup salmon gums. This was a substantial effort by all involved and, satisfyingly, it produced the best set of figures recorded thus far. 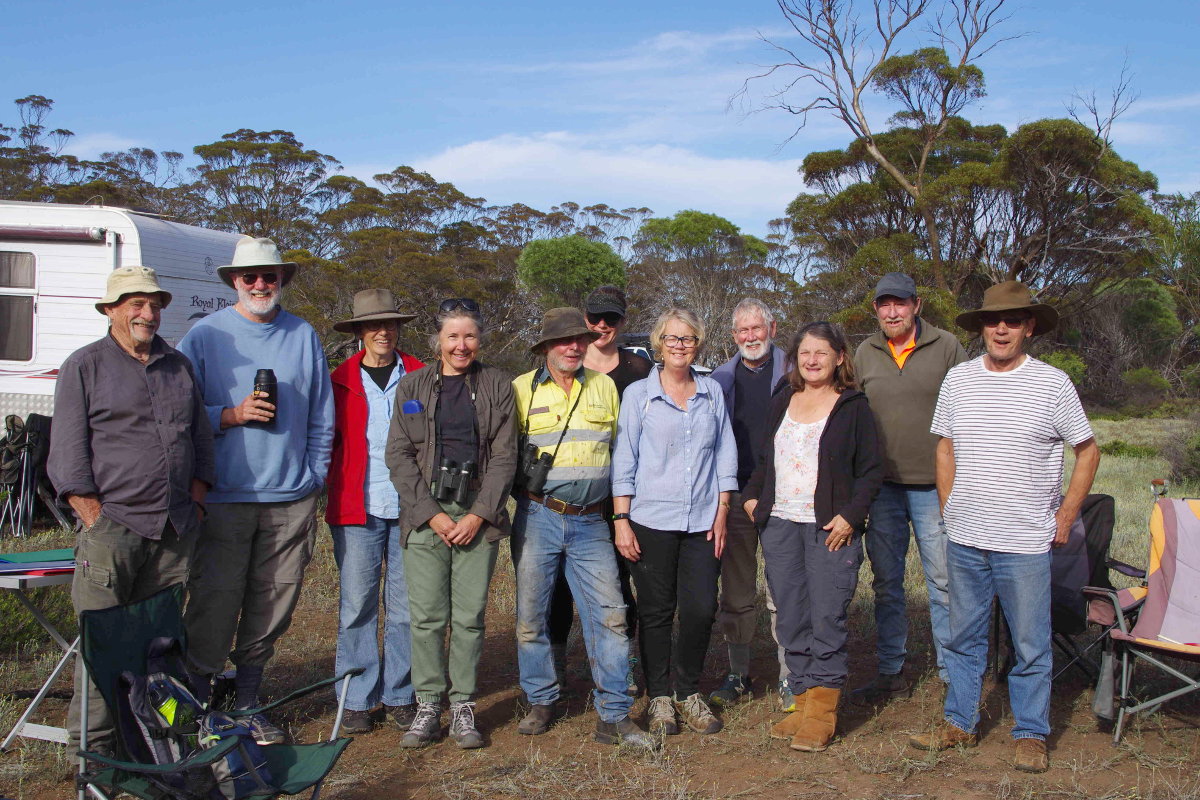 Some of the key statistics were as follows:

While this is an impressive number, as is indicated by the comment below, it is also likely to be still a significant underestimate. There were likely to be many more breeding pairs because:

In considering the outcomes of this work, BirdLife’s Vicki Stokes indicated that “Given what we’ve found this year, Cocanarup is quite likely the single most important entirely natural nesting site for Carnaby’s anywhere in the State (and therefore the world).” This underscores the critical importance of the rigorous process of survey work and data collection as these figures significantly enhance our efforts to have the wider Cocanarup area set aside as a Class A Reserve. 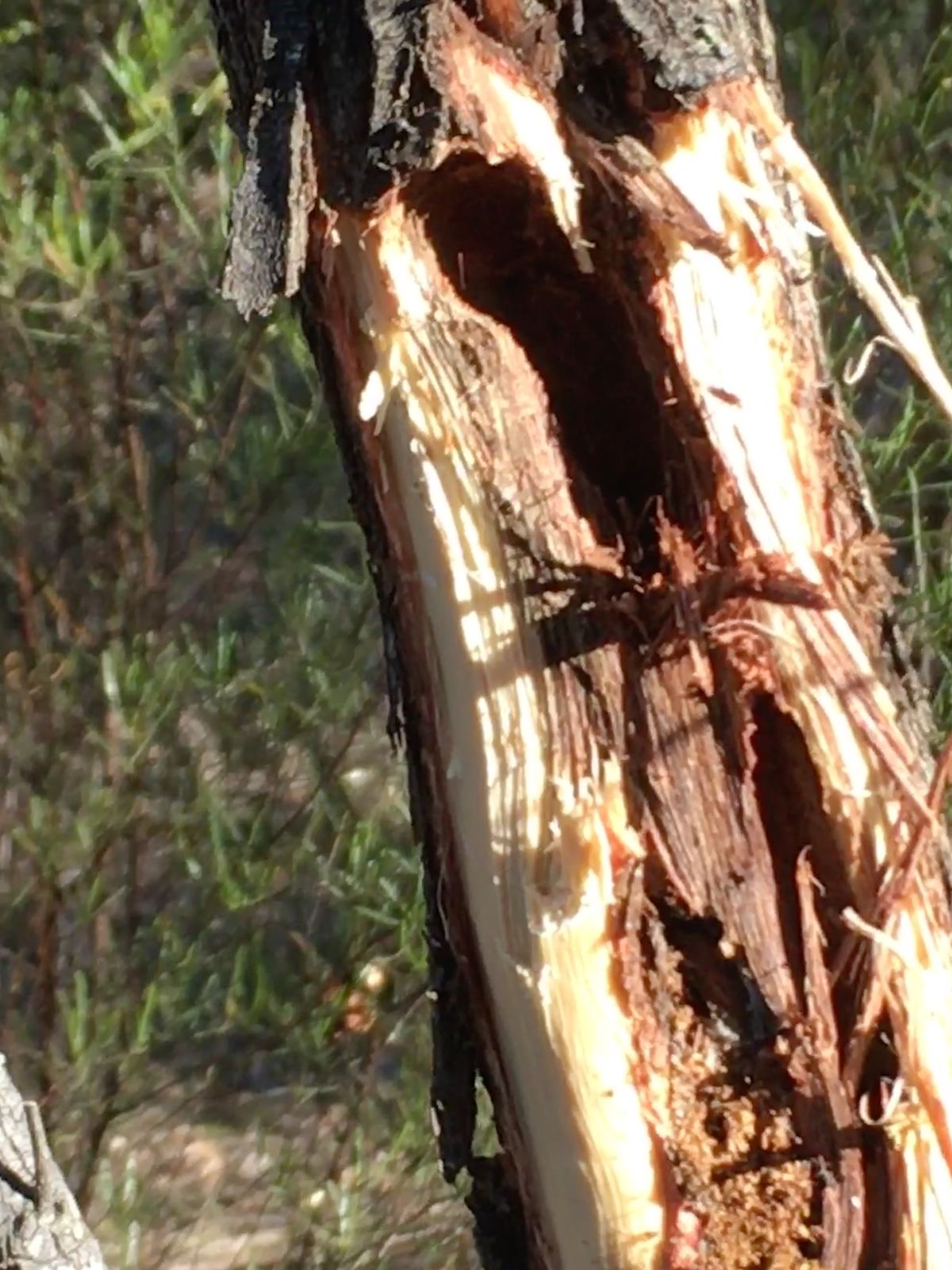 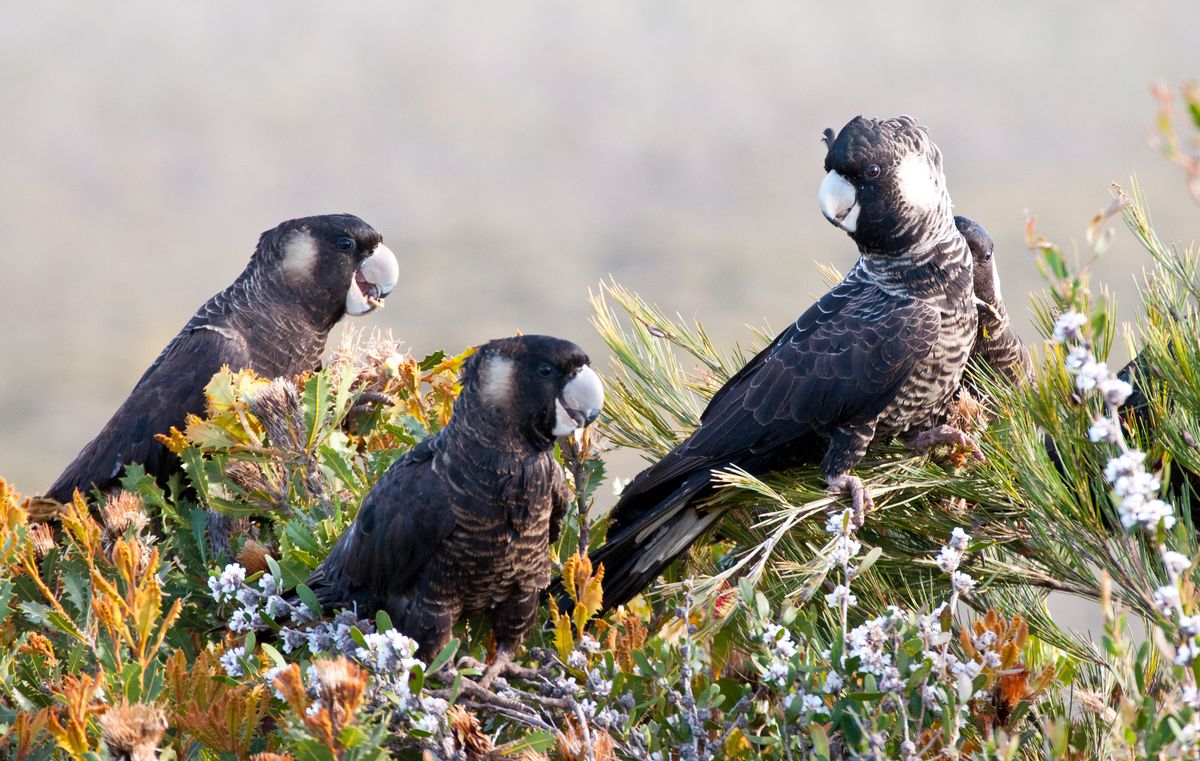 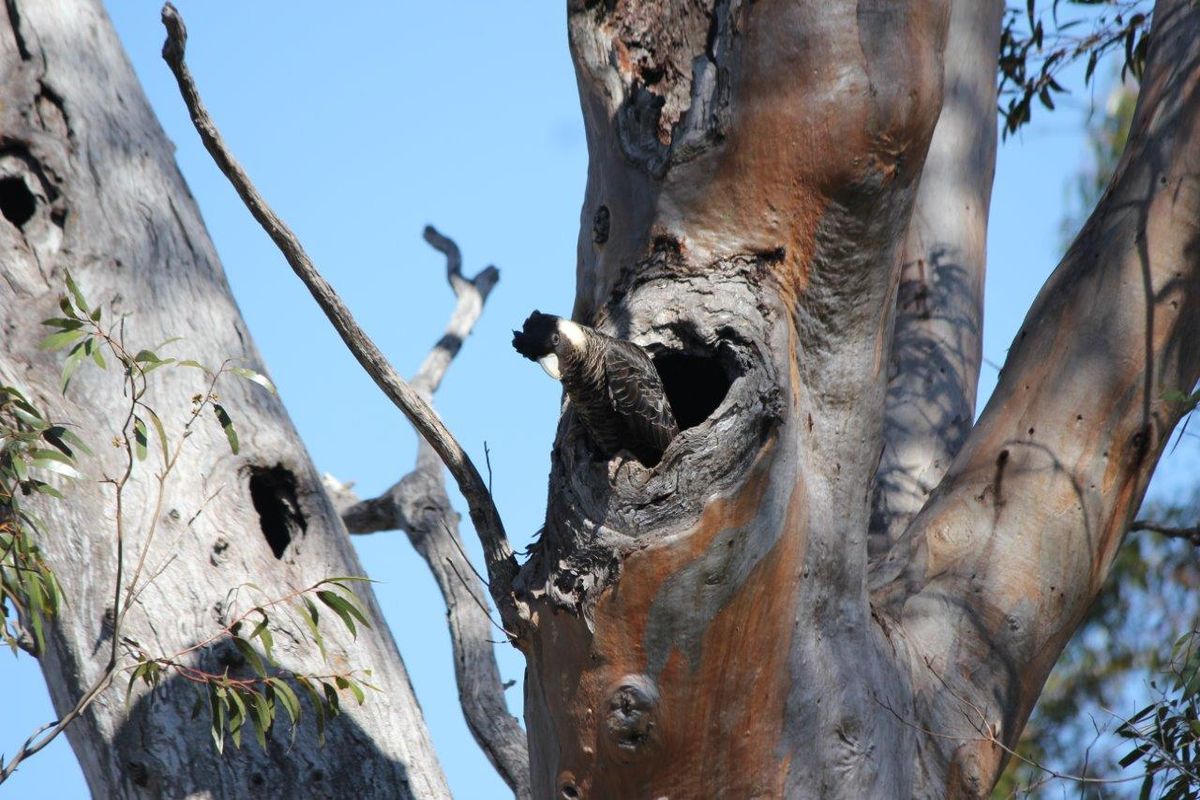 More information about the Carnaby’s black-cockatoo and its ecology can be found here: