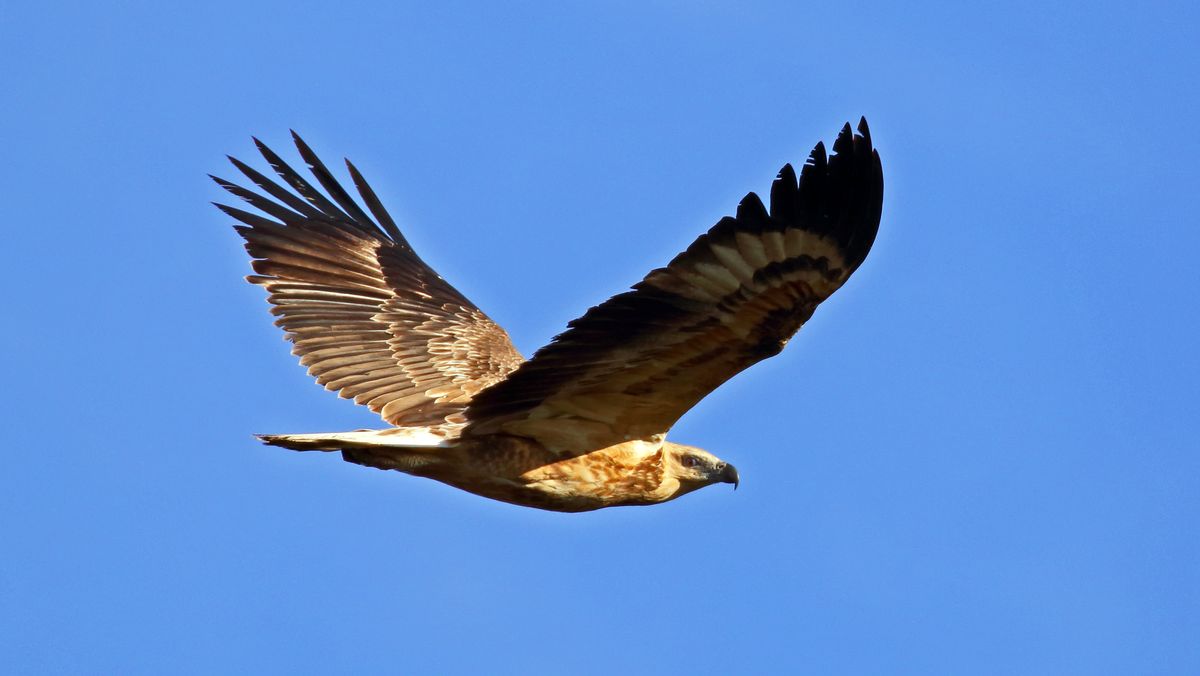 The Aboriginal name for the area along the Phillips River south of the Highway is Kukenarup. It has been suggested that the name “Cocanarup”, which is derived from Kukenarup, means “place where water always stops/stays”. This refers to the “permanent bubbling spring along the Phillips River” which it is said “continued to run despite many drought years”. This spring is now known as Cocanarup Springs, and it was the magnet which drew the first European settlers, the Dunns, to this part of Noongar country.

The naming of this place is a clear illustration of a connection that extends far back into history. CCA therefore acknowledges the deep and abiding Noongar relationship with this landscape, and seeks to work with Noongar people to ensure this country is accorded the long-term protection and respect it so deserves.

CCA also recognises the place of the former Dunn brothers property at Cocanarup – and the farms settled further down the river by the Moirs and the Reynolds – in the early European history of Ravensthorpe.

CCA acknowledges the Ravensthorpe Historical Society for use of material in the sections below. See http://www.ravensthorpehistory.org.au for further information about Cocanarup and the Ravensthorpe region in general.

+ - The Noongar connection to this country Click to collapse

The Noongar connection to this country

The valley of the Phillips River and the freshwater springs at Cocanarup have always been an important site for the Noongar people of this region. They have lived here for thousands of years and over that time developed a unique understanding of, and relationship with this land. It provided all their requirements for a socially complex and rich life.

Noongar names and physical evidence in the form of stone tools and grinding stones, together with gnammas (or waterholes) reflect this long history. Some of the Noongar names of the Phillips River valley in the proposed Class A Reserve area include:

Noongar people quickly became critical employees when the Dunn brothers arrived in the 1860s. Considering the isolation of the area and their lack of local knowledge, it would have been impossible for the Dunns to accomplish what they did without the help of those who had been here for so long before them.

Sadly, following events described in the next section, many Noongar people left this region – but now, following the remarkable process that led to the Memorial, Noongars are once again reconnecting with country that was for so long central to their lives. 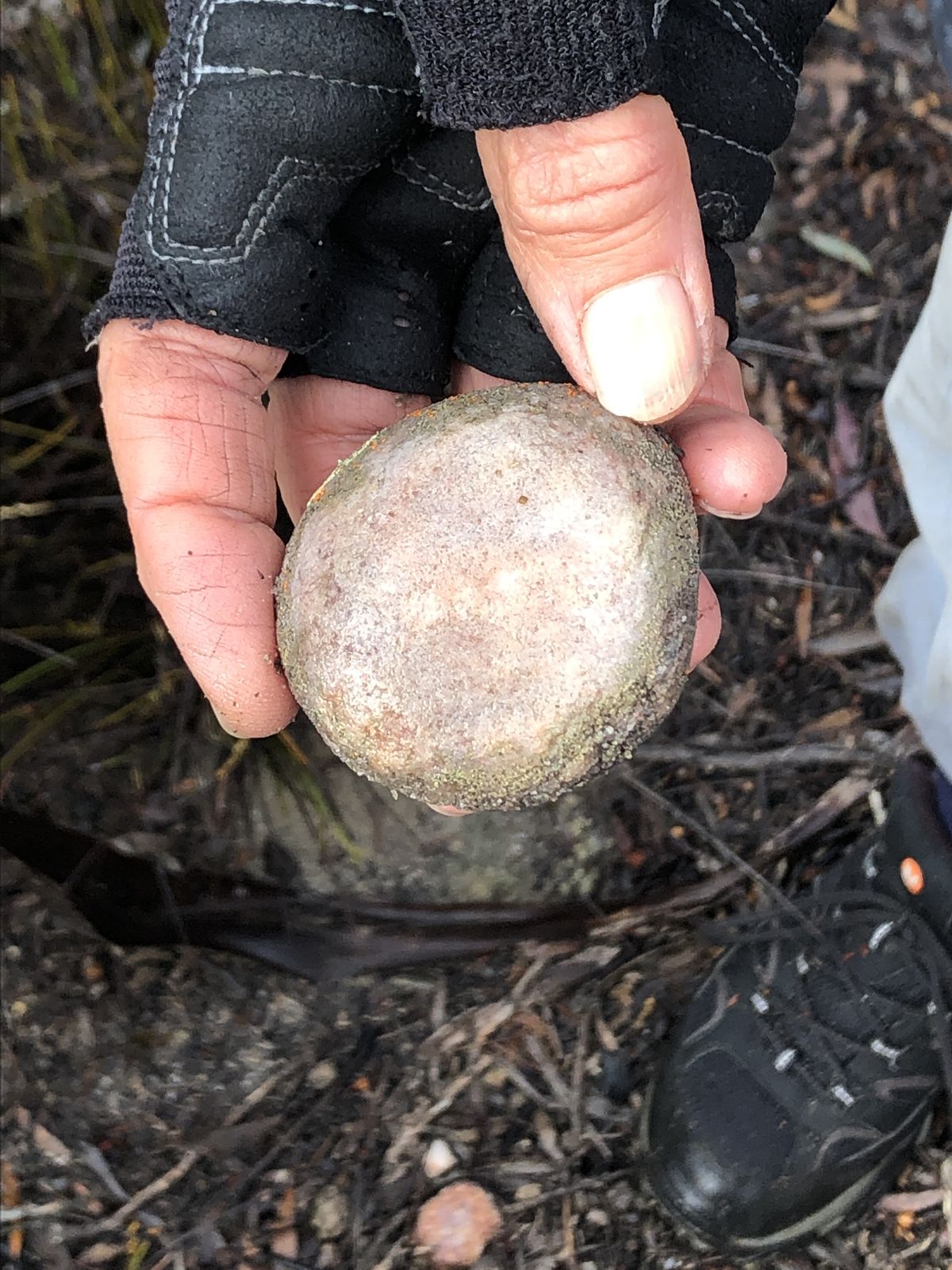 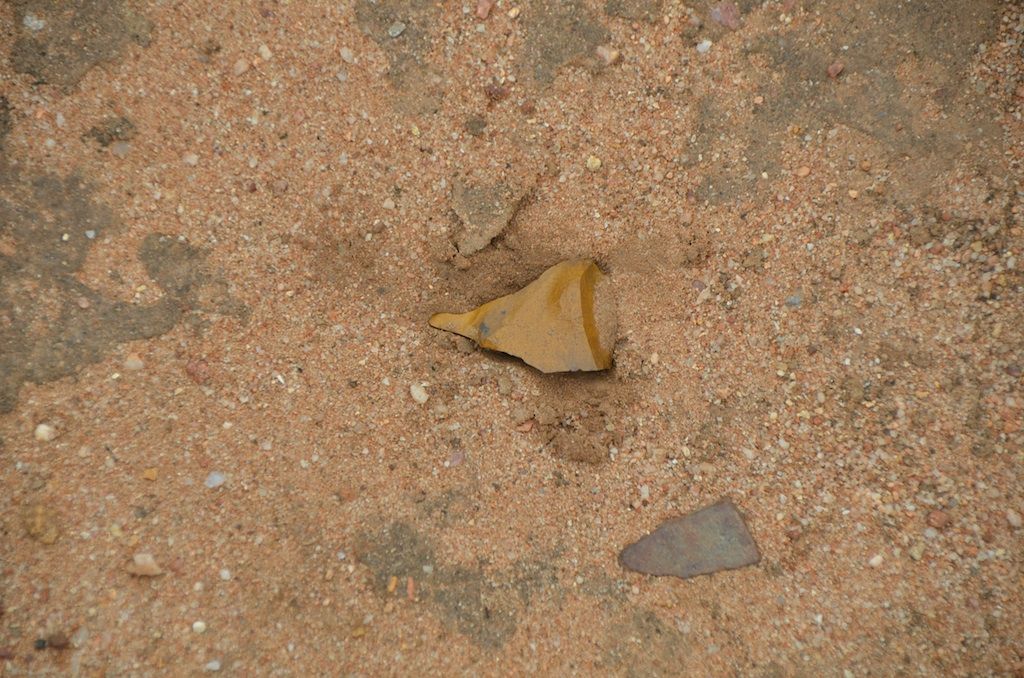 Chert flakes such as this have been found in many places in the reserve area, indicating substantial Noongar presence pre-settlement
Courtesy Nathan McQuoid 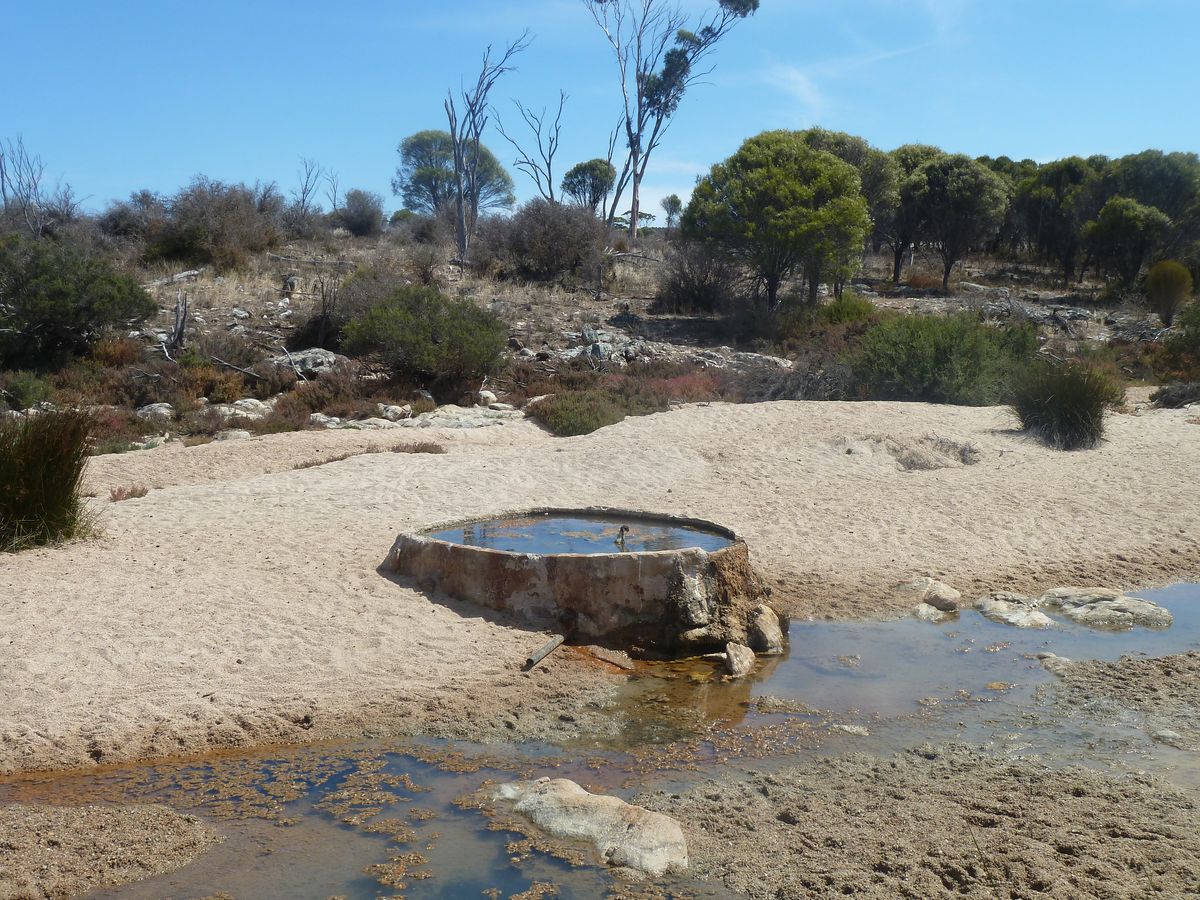 The original Kukenarup spring, in the Phillips River, as modified by the Dunn brothers
Courtesy Jesse Brampton

Large parts of the proposed Class A Reserve area have been nominated for potential inclusion in the Noongar Land Estate established under the South West Native Title Settlement. More information about this can be found via the following two links:

https://www.noongar.org.au/noongar-land-estate. (Zoom in on the “live map” to see the areas in our proposed Class A Reserve that have been nominated.)

The beautiful valley of Cocanarup (Kukenarup in Noongar language) has been shrouded under a shadow of sadness for 135 years. The land was chosen by the first European settlers of the area, the Dunn brothers, for their pastoral lease (see next section). Local Noongar families befriended the newcomers, showed them the fresh water spring and shepherded their sheep against the ravages of the dingo.

But it all went terribly wrong. In 1880 John Dunn was speared, quite likely as a consequence of inappropriate dealings with Noongar women or girls. Extensive, violent and disproportionate retribution followed, and many Noongars were killed – some reports suggest more than 20, including women and children, while others indicate waterholes were poisoned, too. Not surprisingly, many Noongar families left the district – and the area became “taboo” to the them. The Eades and Roberts report for the 1984 Seaman Land Enquiry speaks eloquently about this:

“Many Nyungars today speak with deep feeling about this wild windswept country. They tell stories about the old folk they lost in the massacre and recall how their mothers warned them to stay out of that area. One man describes how Nyungars will roll up their car windows while passing through Ravensthorpe, and not even stop for food or petrol. The whole region has bad associations and an unwelcoming aura for them. It is a place for ghosts, not for the living people”.

In 2007 descendants of these families, approached the Ravensthorpe Historical Society, asking for its support in building a memorial to those who lost their lives at Kukenarup. Funds were sourced from a mining company operating in the Shire, and meetings began between all interested parties, facilitated by the Department of Aboriginal Affairs.

During the first meeting at the agreed site, two wedge-tailed eagles circled overhead. One of the Elders present indicated that not only was the eagle their family totem, but that in folklore eagles take care of departed spirits. It was then agreed the site, high above the Phillips River, overlooking the old sheep station of Cocanarup, was an auspicious place to build a memorial, and the eagle features strongly in the design.

Throughout the process of planning and designing, firm and lasting friendships were made. Eight years on, the dedication of the memorial took place on Thursday 21st May 2015. Noongar families came from Kalgoorlie, Norseman, Esperance and Albany. They specifically asked that descendants of the original Dunn family of Cocanarup be involved in the dedication ceremony.

This was a remarkable process of reconciliation, a healing of wounds, a lifting of the shadow and looking to a stronger future. It is an achievement of National significance, for there are very few other such memorials elsewhere in Australia. 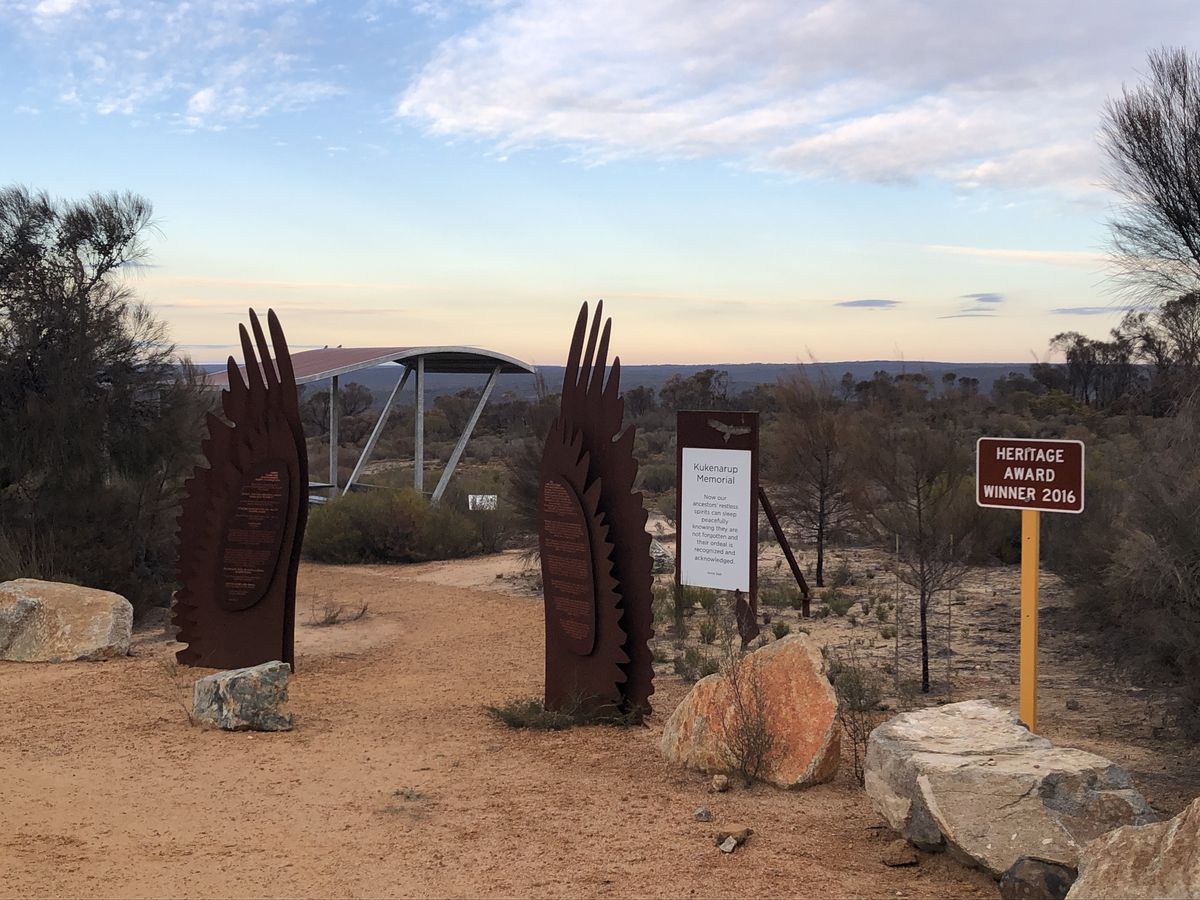 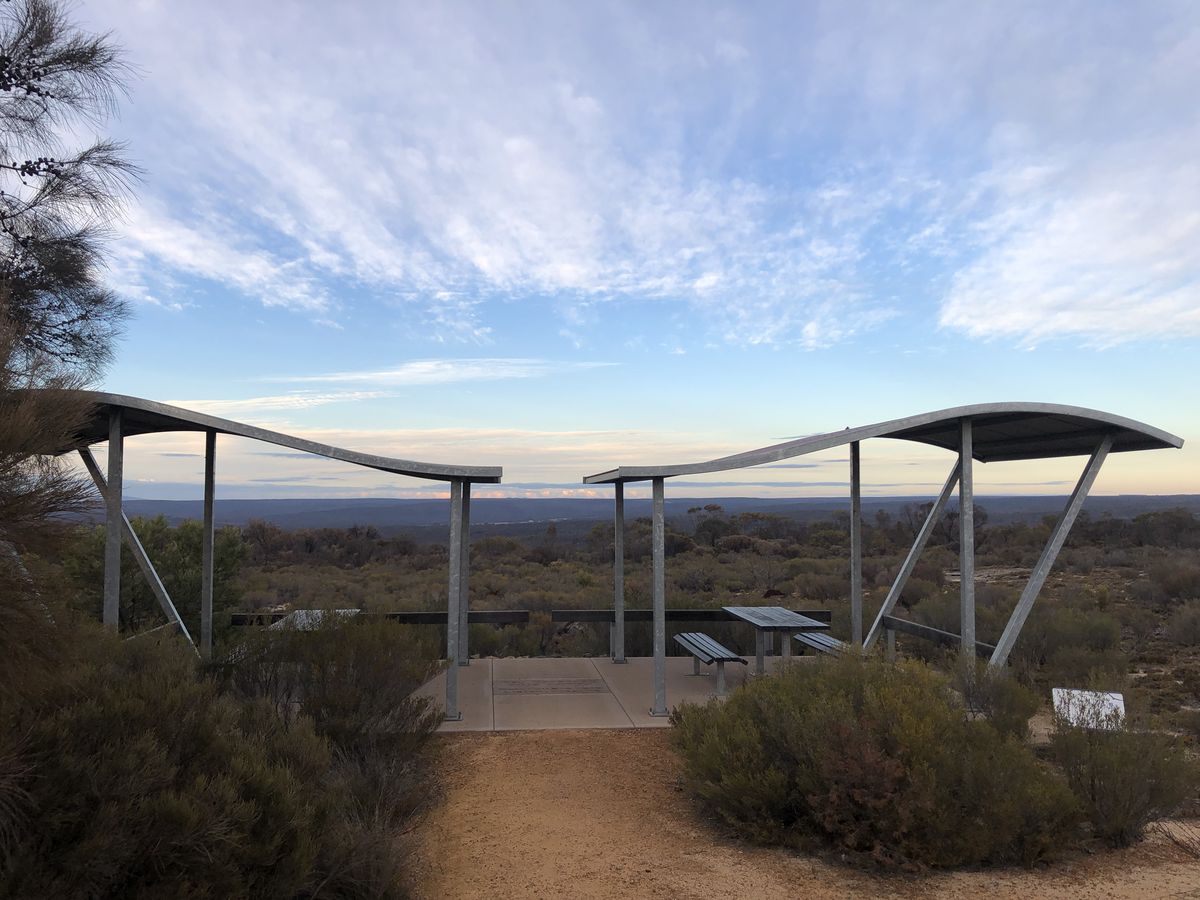 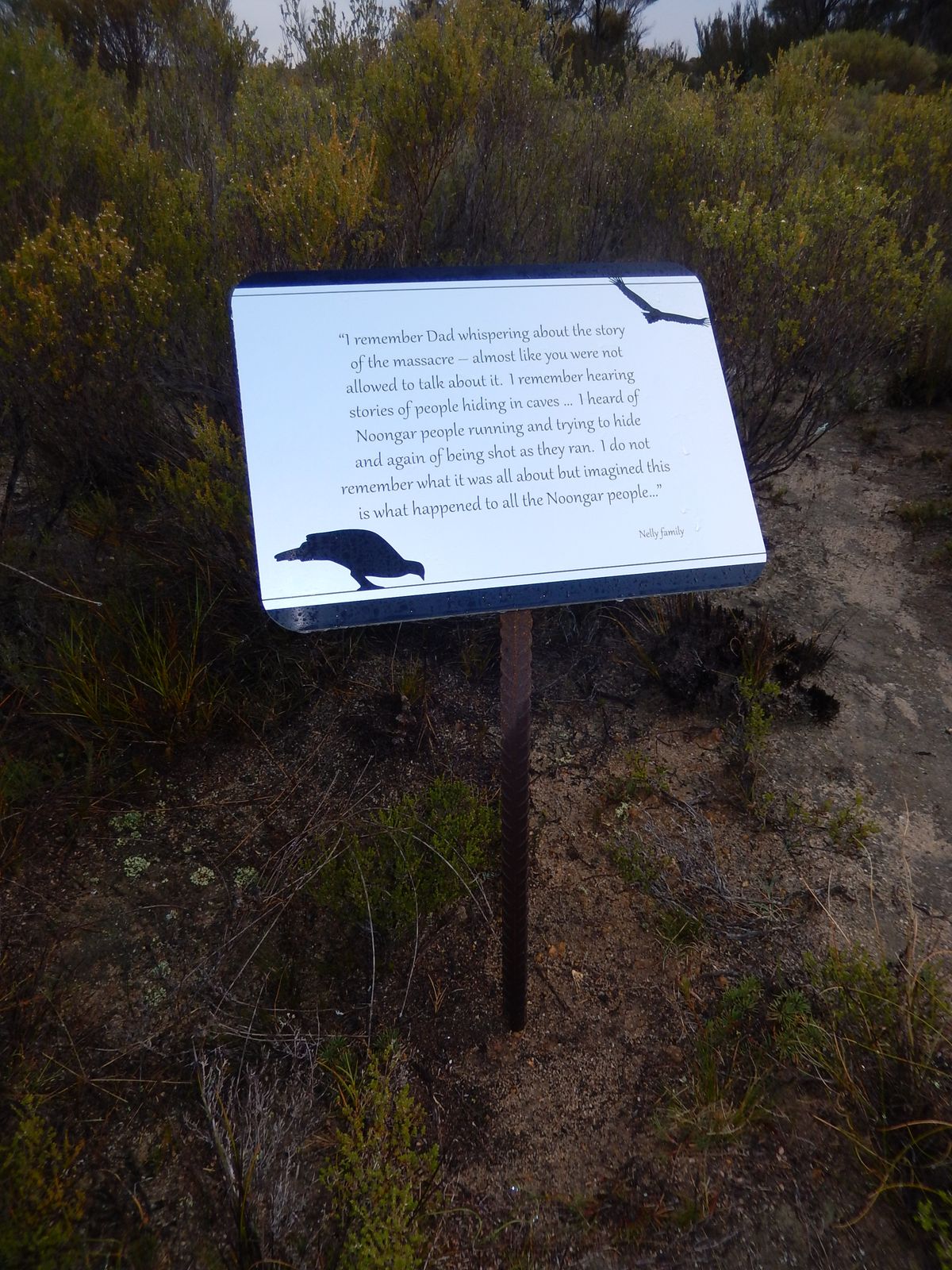 A number of signs are located around the short walk trail at the Memorial; each shares a story told by one Noongar family
Courtesy Jesse Brampton 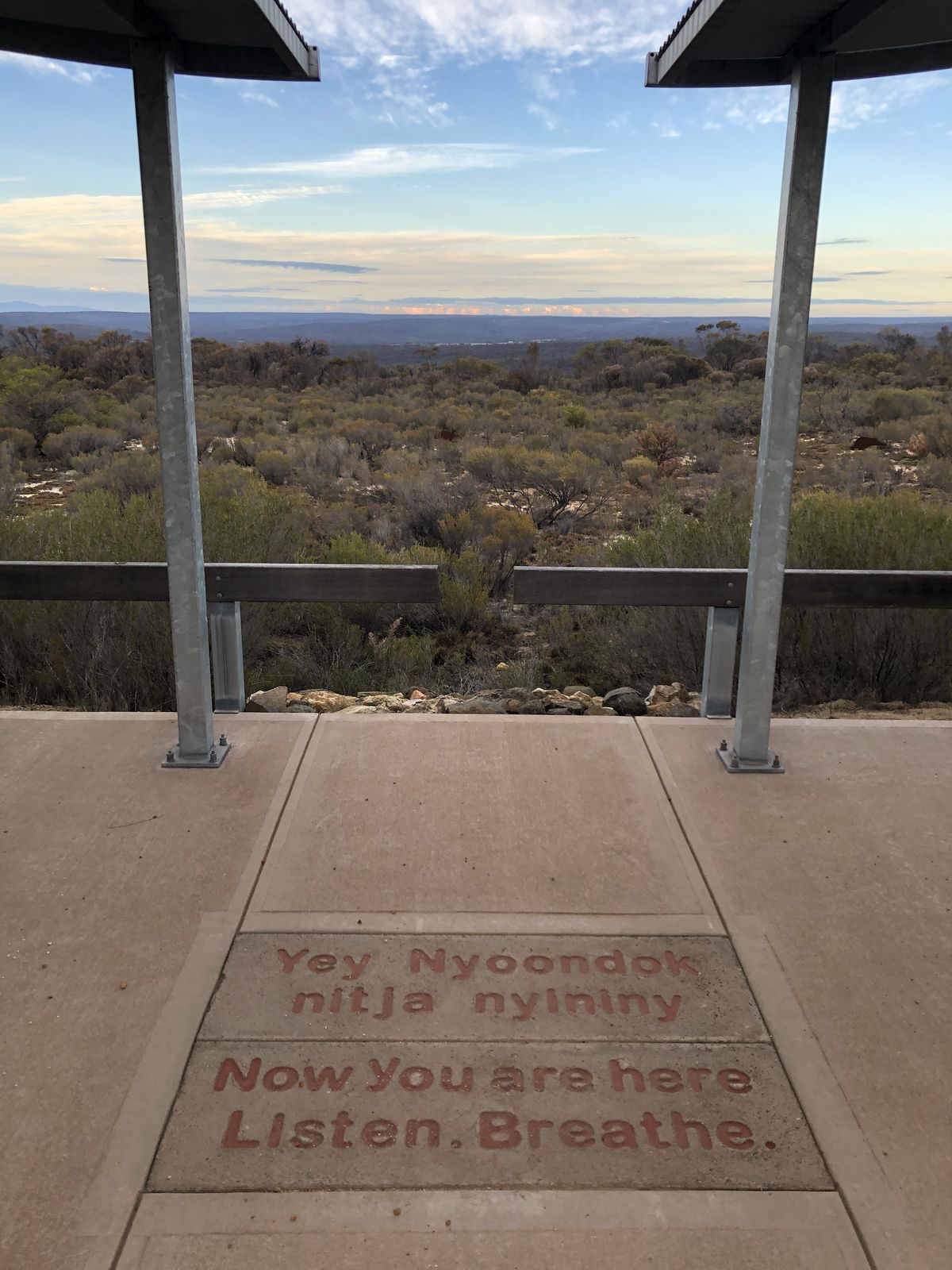 + - The Dunn brothers and Cocanarup Sheep Station Click to collapse

In the 1860s young John Dunn whilst working on a sealing boat sheltering from a storm ventured with an Aboriginal tracker up the Phillips River. He could see the potential of sandalwood cutting and suitable sheep grazing land at Cocanarup. His father, James Richard Dunn, a farmer from the Porongurups, took out a lease for his sons. John, James, George, Robert, Walter and their sister Eliza were all involved in the establishment of Cocanarup Sheep Station.

Over the ensuing years with the help of a stonemason named Reilly they built a house, blacksmith shop, smoke house, Chinaman’s camp, large shearing shed with attached stables and two underground water tanks, all of stone. The house and several other buildings are still standing (in 2019). The lease of 11,575 hectares was boundary fenced using jam tree posts and heavy eight-gauge plain wires. It was also subdivided into large bush paddocks, and some of these old fences can still be found in the bush today

The first sheep to arrive at the station were driven overland from the Porongurups by 14-year old George, following a poorly defined track through the bush, a distance of some 400 km. The number of sheep subsequently run on the station is unclear, but figures scratched on the shearing shed door indicate around 2,000.

The Dunns transported the wool by wagon to Mary Ann Haven (now Hopetoun), whence it was transported by ship destined for England. The brothers also had large grazing leases in that area, and the remains of their shepherd’s stone cottage can still be seen near Dunns Swamp just out of Hopetoun.

The family remained on the station after the conflict that ensued from John Dunn’s death until 1911, when they abandoned the lease and sold the freehold homestead property. It subsequently passed through a number of hands until it was bought by Lawrence and Ena Thomas in 1944. In 2019 it remained in the ownership of the Thomas family, who have been deeply engaged in the reconciliation process surrounding the memorial. 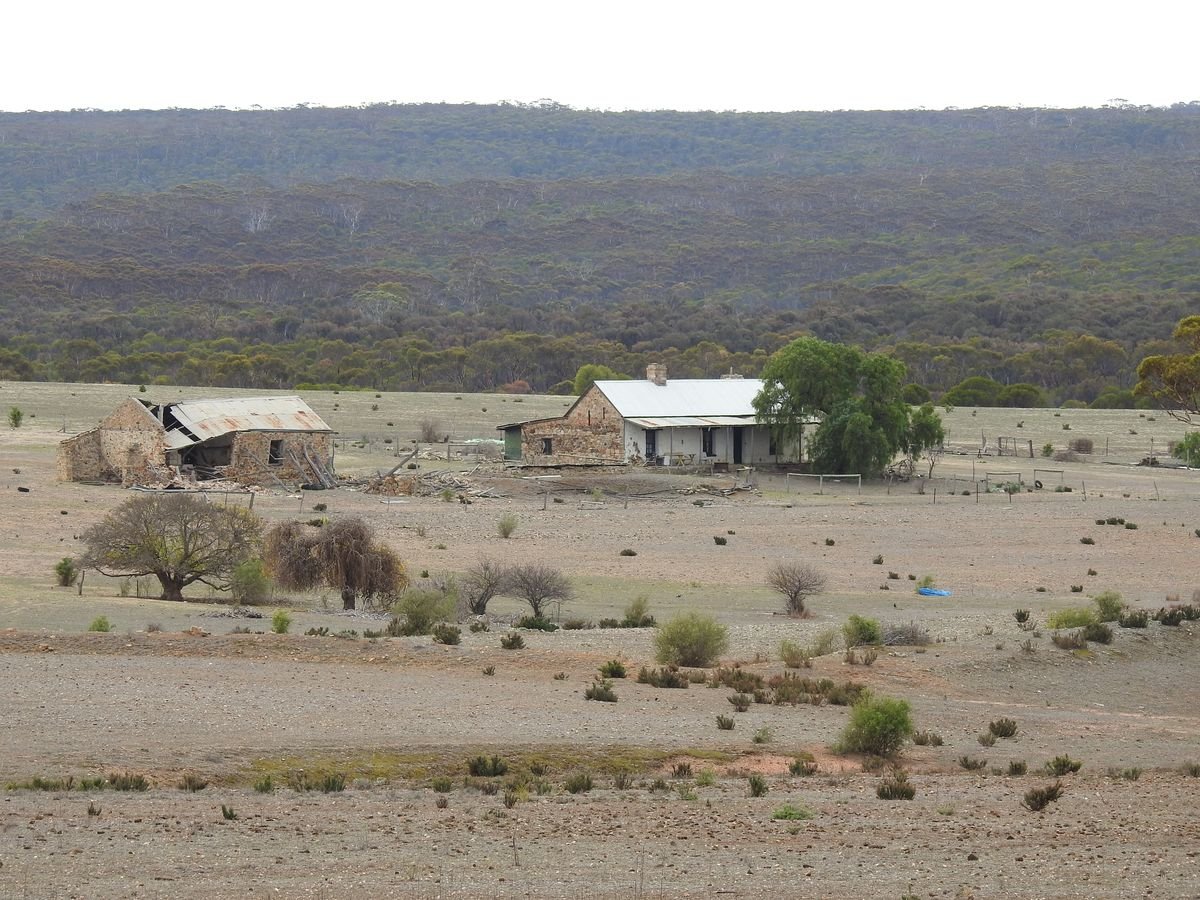 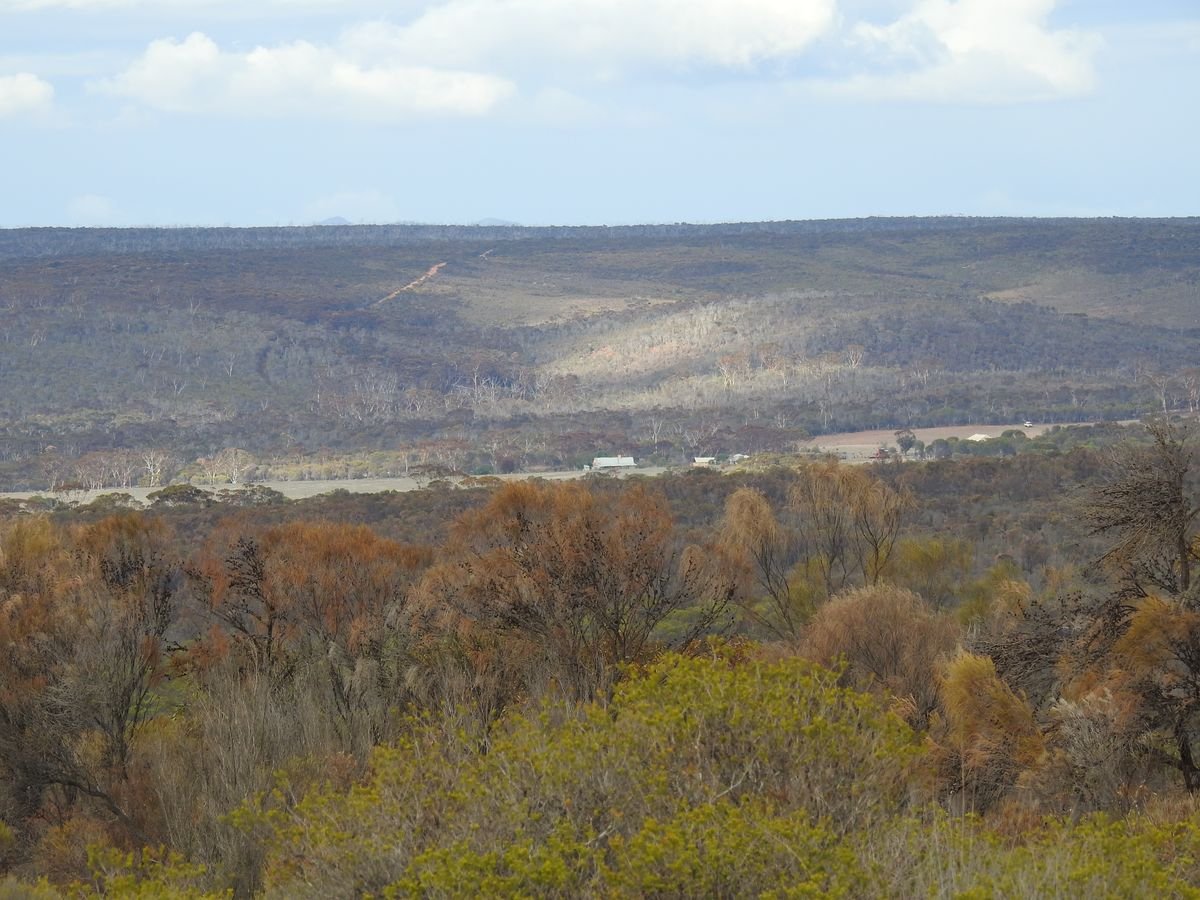 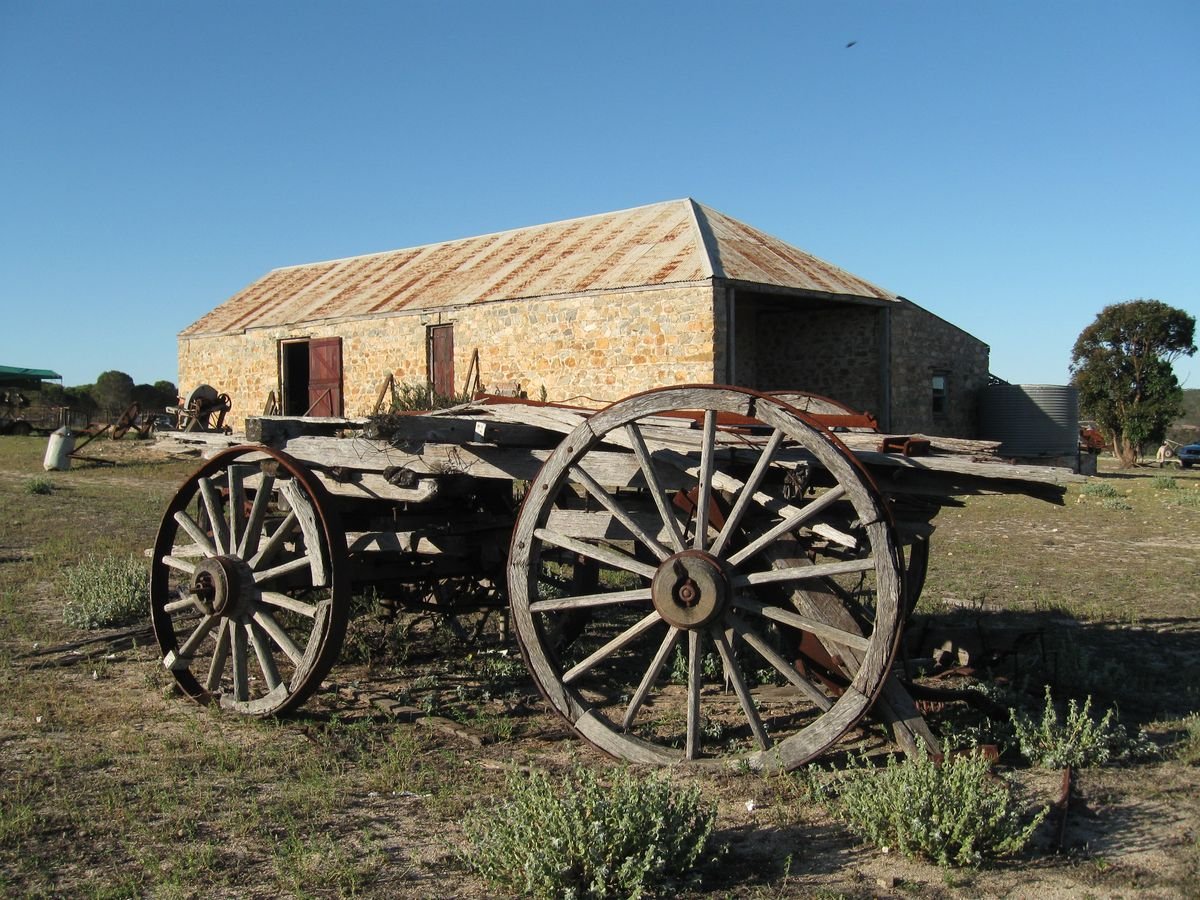 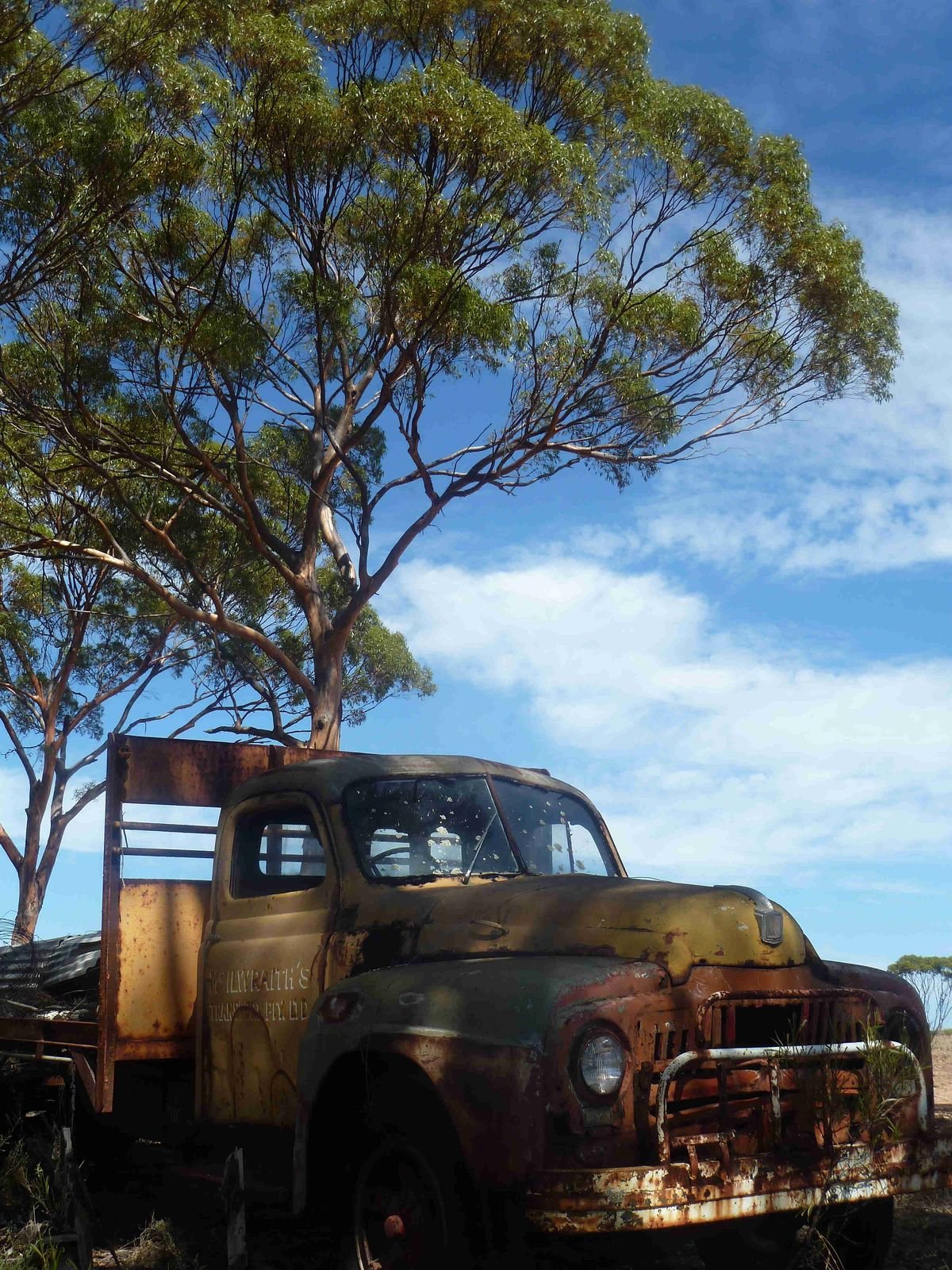 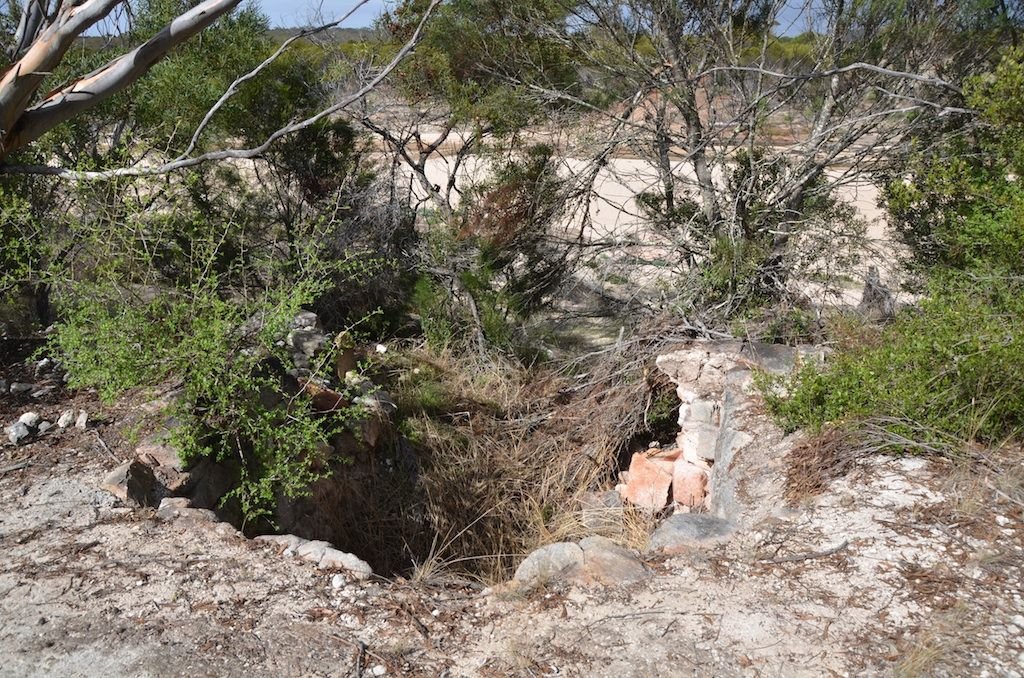 Other European explorers and settlers

Though the Dunn brothers of Cocanarup are rightly recognised as the first European “settlers” in the area, others had been in or through the district earlier. Edward John Eyre passed inland of East Mt Barren on his epic journey from Fowlers bay in South Australia to Albany in 1841, and the surveyor, J.S. Roe, camped near the junction of the West and Phillips Rivers in 1848. John Forrest traversed the area in 1870, watering his horses at Carracarrup and quite likely calling in at Cocanarup too.

In 1863, five years before the Dunn’s arrival, the Dempster brothers took up a lease south of Cocanarup, along the Phillips River. When they relinquished the lease soon after 1900 some of their land near the junction of the Phillips and West Rivers was taken up by William and George Moir. In 1905 the Reynolds family took up land immediately north of the Moirs. Later, in 1912, they added a neighbouring block and, soon after, Max Moir (son of William) married the youngest Reynolds daughter Elsie. The two farms then became one, originally known as Kybulup (now spelt Kybalup).

These original freehold properties owned by the Moirs and the Reynolds form the core of the second “island” of farmland within the proposed Class A Reserve area, toward the southern end of Moir Road. 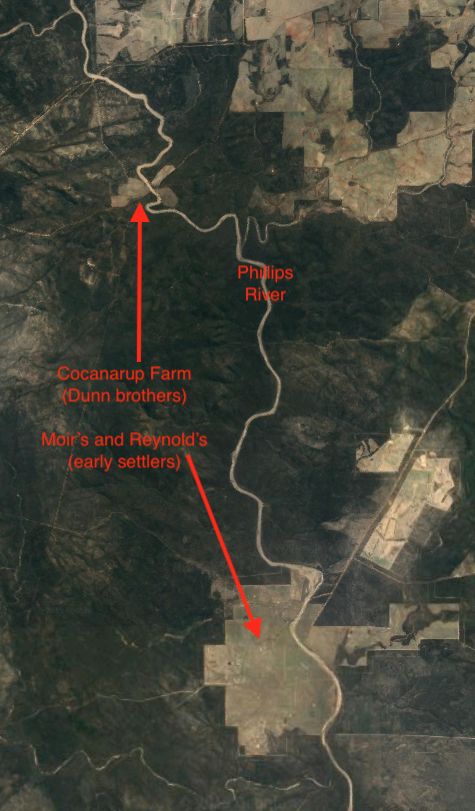