This page highlights the importance of the proposed Cocanarup – Kundip Class A Reserve as habitat for fauna classified as “Threatened” under the Environment Protection and Biodiversity Act 1999 (EPBC Act). Relevant species include: Carnaby’s black-cockatoo, numbat, heath mouse, chuditch or western quoll and malleefowl.

There are also other species of conservation interest which occur in the area, and these are also referred to below. As an introduction though to this section it is worth highlighting that the proposed reserve area is host to many, many more fauna species simply because it is a large area of healthy, intact, well-connected bushland. It is an understatement to say that this is not common in the agricultural areas of Western Australia. The proposed reserve area is a treasure for all the common species as much as it is for those that have been pushed to the brink of survival. 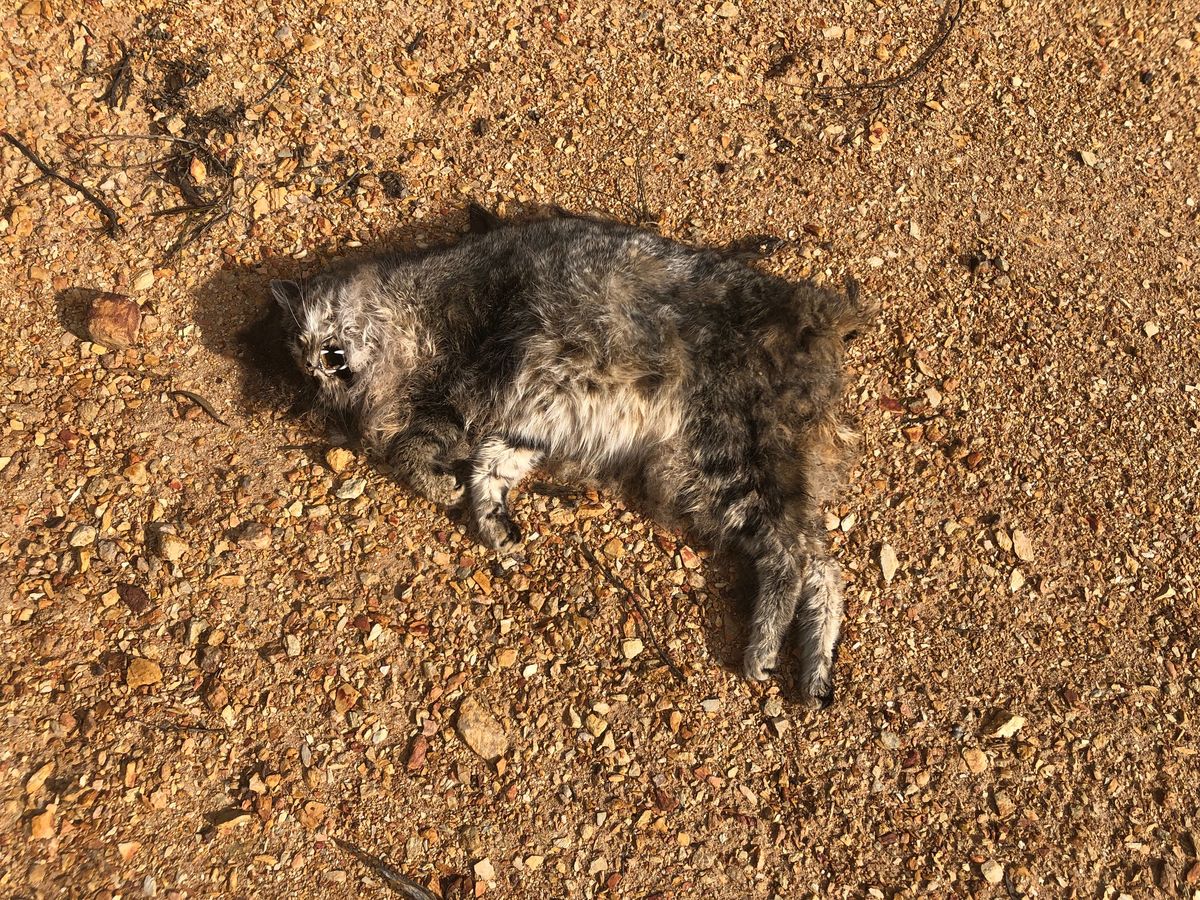 The proposed Cocanarup – Kundip Class A Reserve provides a range of habitats that are critical for an unusual number of threatened fauna species. Factors that might be involved in this include:

The map below shows the significance of the proposed reserve (outlined) and the Ravensthorpe Range further east, for providing habitat critical for threatened fauna. If the Fitzgerald River National Park is considered important for conservation, it could be argued that the Cocanarup – Kundip Class A Reserve area and the Ravensthorpe Range are actually more important so far as threatened fauna habitat is concerned. 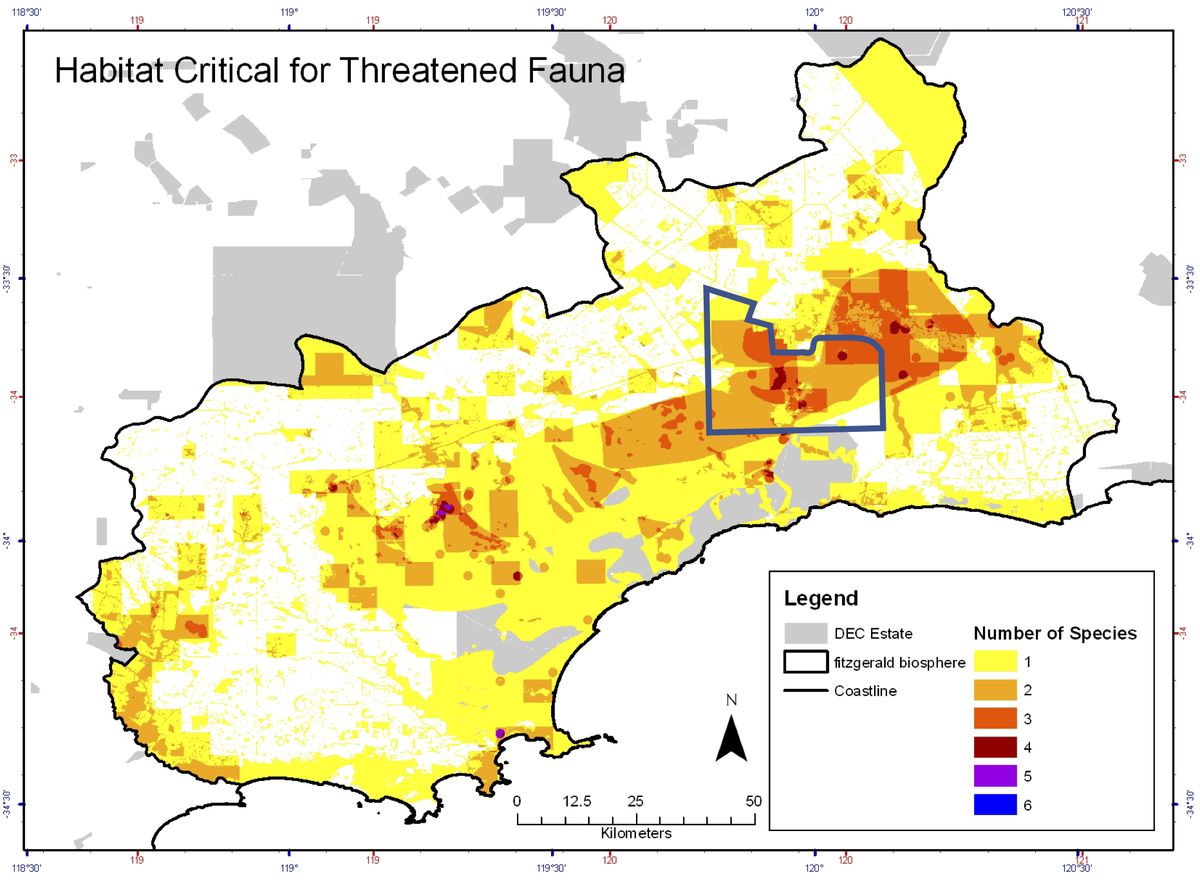 + - The importance of hollows as homes Click to collapse

The importance of hollows as homes

The Cocanarup woodland is an oasis of rich fauna habitat surrounded by mallee heath shrubland and cleared farming land. The woodland trees provide hollows and crevices during most stages of their life cycle, and particularly in trees that reach over one hundred years of age. The mallee heath habitat does not contain trees that form hollows, thus the woodland provides vital habitat for a wide variety of fauna that use hollows and crevices. They are used for shelter from weather and predators, and provide safe sites for breeding and roosting. Cocanarup’s mature and extensive salmon gum woodlands are a particularly important source of hollows.

Over time the woodland trees at Cocanarup have formed their hollows and crevices through natural forces such as wind, heat, fire, lightning, rain and attack from insects such as termites and beetles, fungi and bacteria and this takes a long time.

Of 137 vertebrate species recorded here, 32 use hollows and crevices in standing or fallen timber for either nesting, feeding or shelter. These include four species of bat, eight parrots and cockatoos, two owls, two ducks, two raptors, two kingfishers, three other birds, two goannas, one python, two other reptiles, and four mammals (including possums and echidna).

This distinctive and very beautiful animal is unusual among small Australian mammals in that it is active during the day and has a diet of termites, almost exclusively. Their essential habitat requirements are very mature woodlands with standing and fallen timber with hollows, as well as access to abundant termites as they can consume up to 20,000 per day.

At the time of European settlement the numbat was widespread. It could be found not only right across the southern third of WA but also in SA and adjacent areas. Their numbers and range then dwindled dramatically, such that by 1985 they were were only known from two localities, Dryandra and Perup in WA. Since then they have been captive bred at Perth Zoo and translocated to 12 sites within their former range.

Fifty two numbats (39 captive bred and 13 wild caught) were translocated to Cocanarup Timber Reserve over three occasions between 2006 and 2009. Prior to release, the animals were fitted with tracking-collars and their movements were radio-tracked between 2006 and 2012. It is known that they did establish in Cocanarup as breeding records were obtained between 2007 and 2011. The last numbat tracking-collar was recovered on 6 July 2012, but sadly the owner had succumbed to predation. Another animal was seen in 2013. Since then there have been no records in the reserve. However, the possibility remains that they have spread further afield as dispersal distances of more than 15 kilometres have been recorded.

The numbat is currently classified as “Endangered”, i.e. “facing a very high risk of extinction in the wild in the near future”.

The heath mouse is a medium sized native rodent, distinguished by zoologists by its “roman” or blunt nose. Its current status is uncertain. Its WA distribution used to be along the coast between Shark Bay and Eucla, as well as the southern wheatbelt. Currently it is only known from an area centred around Ravensthorpe and Lake King.

Interestingly, the heath mouse “went missing” in WA for over 50 years from 1931, until in 1987 a careful observer at the WA Museum found that a heath mouse collected from the Ravensthorpe Range in 1982 had been misidentified as a bush rat. Since this “rediscovery” they have also been found at Dragon Rocks, Lake Magenta, Bandalup Hill, Fitzgerald River National Park and the proposed Cocanarup - Kundip Reserve.

Recently there has been renewed concern because the heath mouse has not been recorded since 2012. A trapping programme is being undertaken this year (2019) by the Department of Biodiversity, Conservation & Attractions, to ascertain the animal’s likely status.

There was therefore much excitement when in May 2019 as part of this search programme, two heath mice were trapped in a known previous location situated on unallocated crown land, in the southern section of the proposed Cocanarup – Kundip Reserve. The species has historically been recorded from another location further west, also in the proposed reserve area.

The Heath Mouse is currently classified as “Vulnerable”, i.e. “facing a high risk of extinction in the wild in the medium-term future”. 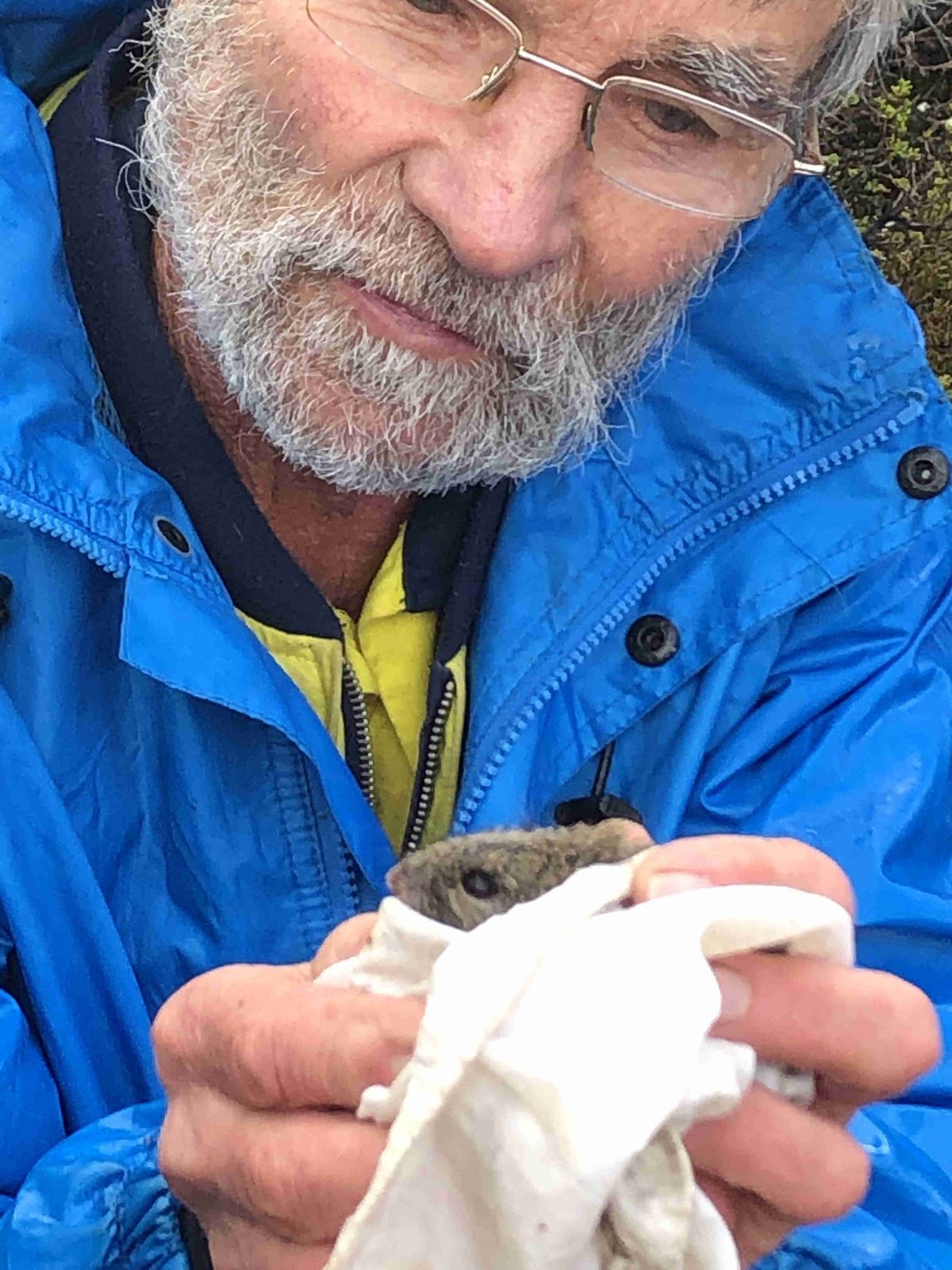 A local resident (and experienced zoologist) with a heath mouse trapped in the wider Cocanarup area, 2019
Courtesy Jesse Brampton 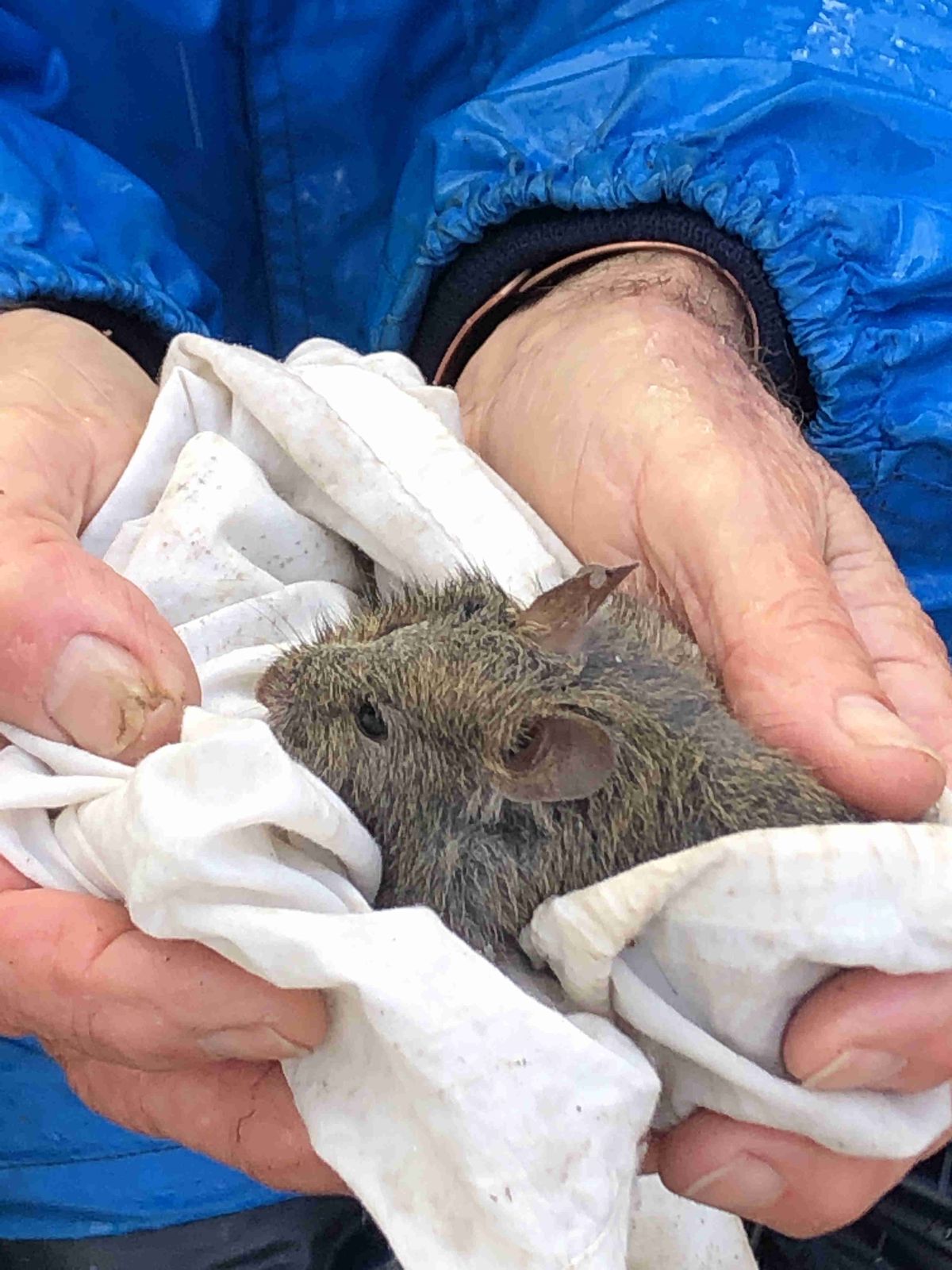 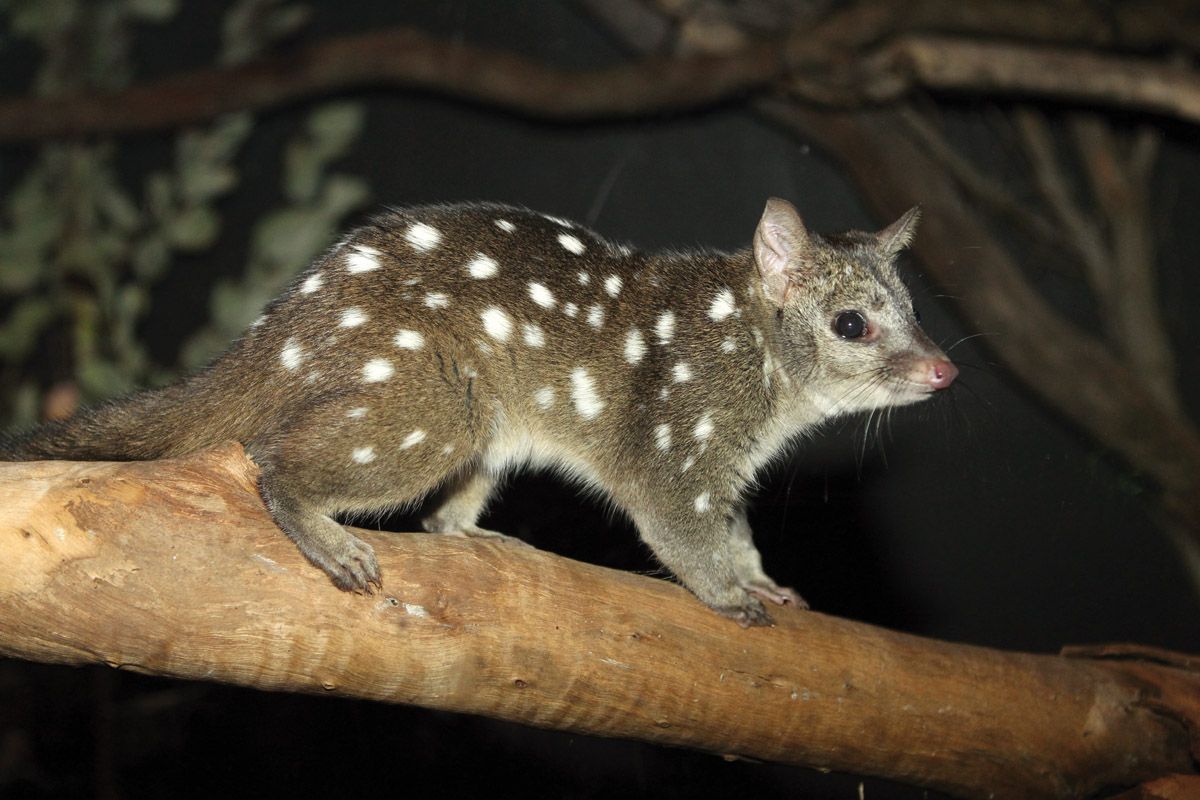 The chuditch or western quoll is one of four quoll species. They are relatively large (cat-sized) carnivorous marsupials and all have distinctively white spotted bodies. The western quoll used to be widely distributed with a range that covered most of the Australian continent, excluding only the tropical north, the east coast and Tasmania. Their range has contracted dramatically, and now they are only found in the south-west of WA.

Since 1997 when “1080” aerial fox baiting commenced, there has been a pronounced resurgence in chuditch numbers in the south-west of WA, almost certainly due to reduced fox numbers. An important population is known to occur in the proposed Cocanarup – Kundip Reserve and adjacent areas. Captive bred animals have been translocated to seven sites in WA and the Flinders Ranges in SA.

Chuditch is currently classified as “Vulnerable”, i.e. “facing a high risk of extinction in the wild in the medium-term future”.

Malleefowl are present in taller, moderately dense mallee and low woodlands with open space on the ground and abundant leaf litter to facilitate mound building. Their numbers have increased substantially coinciding with the advent of landscape-scale fox baiting in 1997.There are active mounds within the proposed reserve area, and birds have been sighted in multiple places.

Malleefowl are currently classified as “Vulnerable”, i.e. “facing a high risk of extinction in the wild in the medium-term future”. 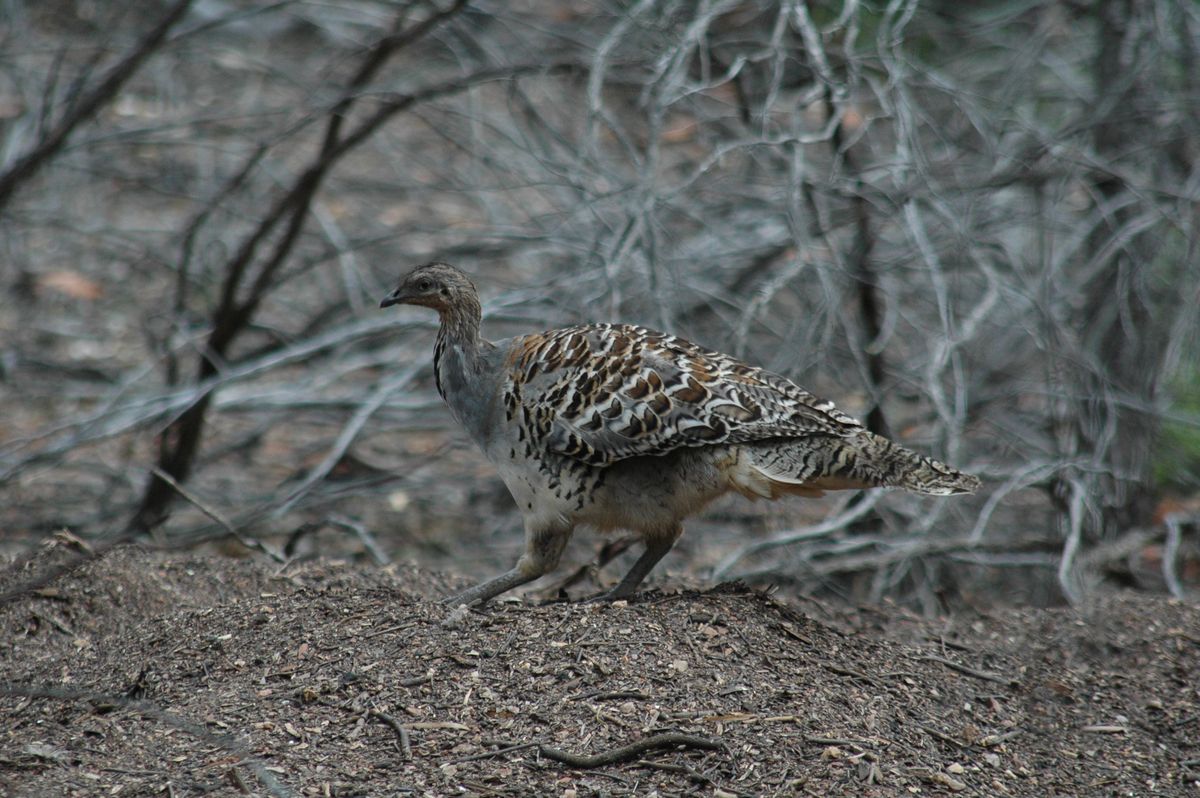 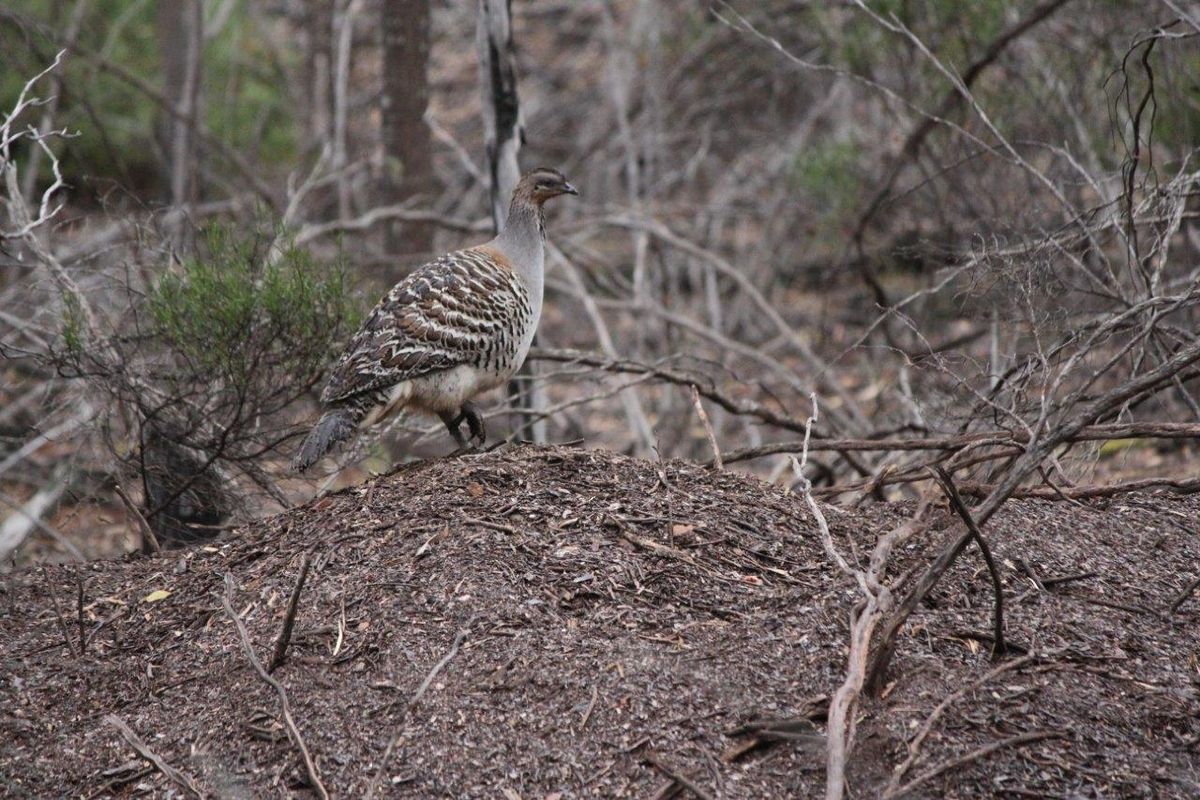 A mallee fowl on its mound in Cocanarup
Courtesy Chris Biddulph

The tammar wallaby is the smallest of its genus, with a body and tail length of about 60 cm. The former distribution was much of the south west of WA, between Kalbarri and Israelite Bay excluding only the eastern-most margin, and on the peninsulas of SA. Currently in the Fitzgerald Biosphere they are known from Kundip, Fitzgerald River National Park, Cocanarup Timber Reserve and from a location in the southern part of the proposed Cocanarup - Kundip Reserve - but in very small numbers. There was a record from the Ravensthorpe Range in 1982, but there are no recent records.

Tammar wallaby is currently a Priority 4 species, i.e.“rare, near threatened and in need of monitoring”. 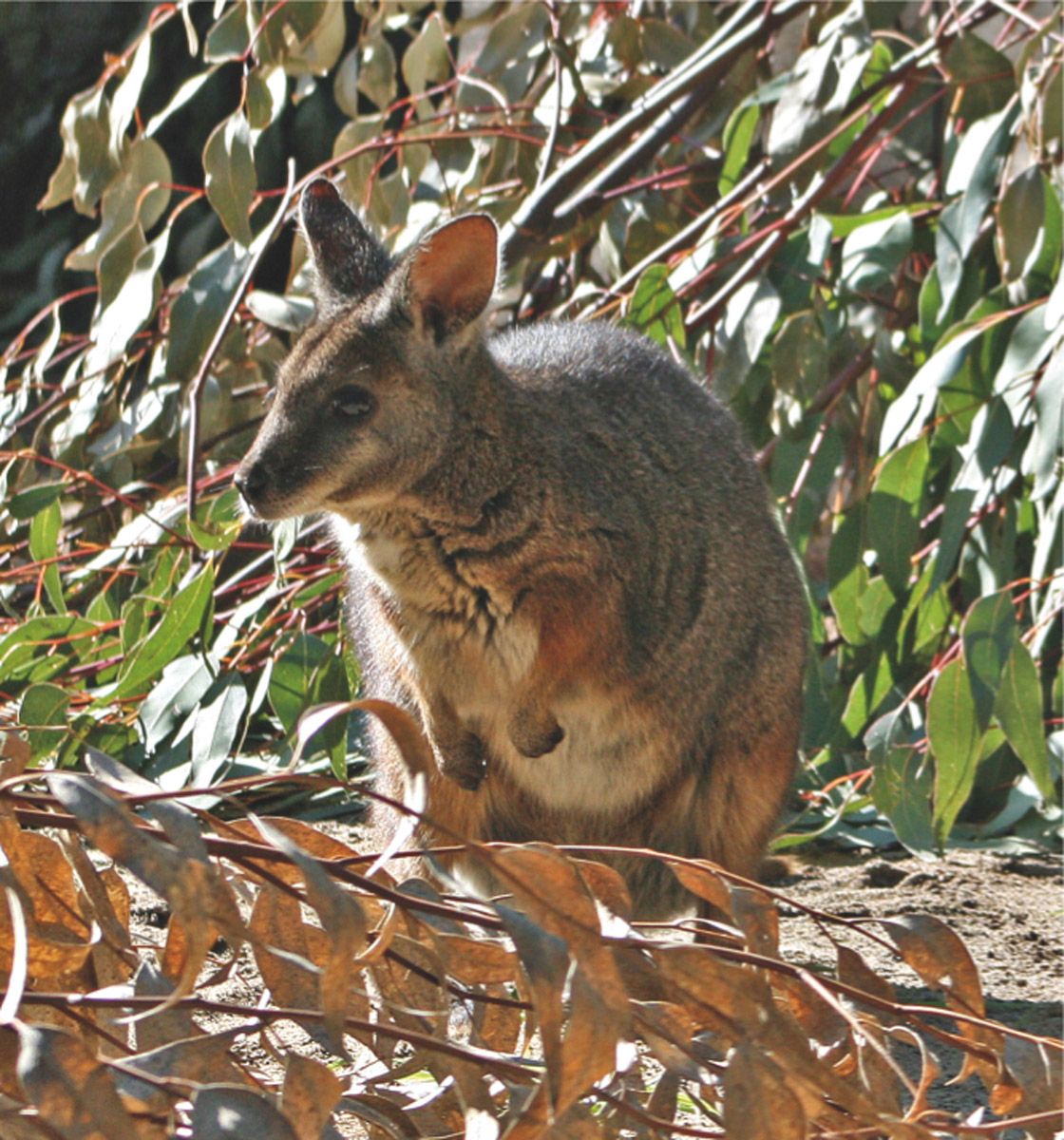 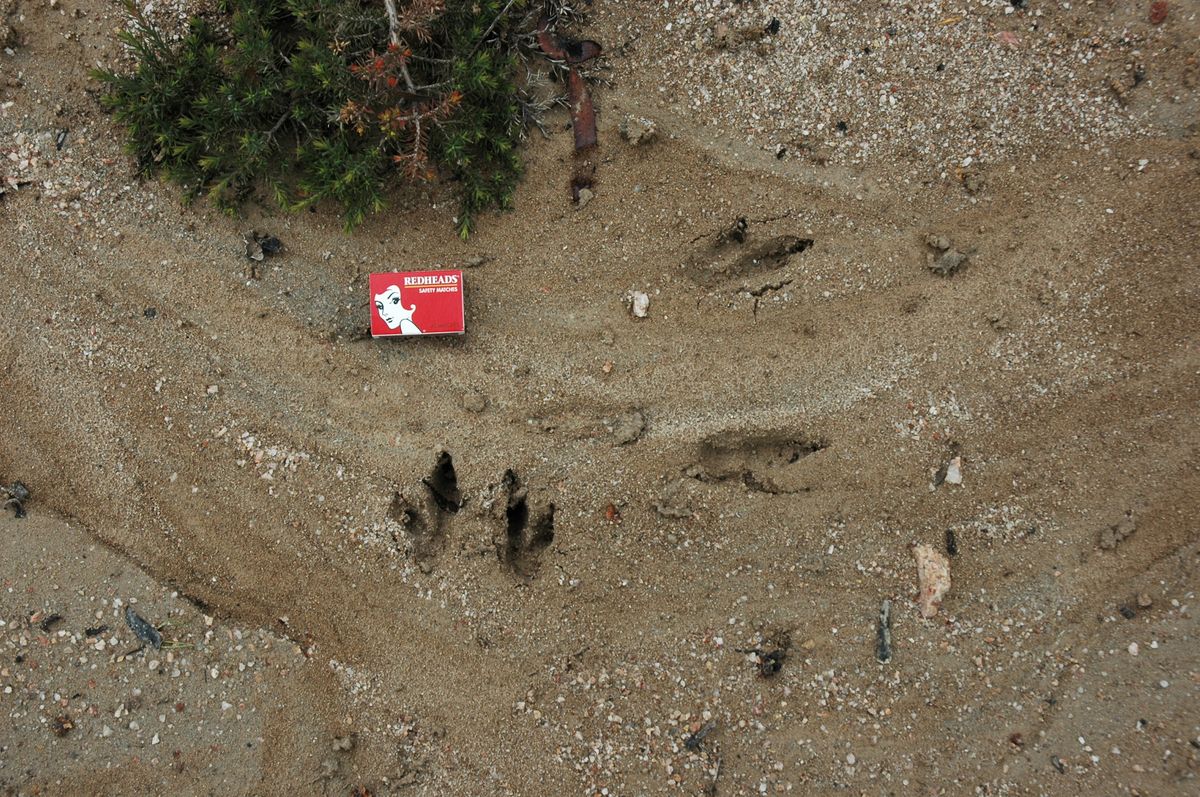 Other species of interest

Other species of conservation interest which occur in the proposed reserve are western whipbird, western mouse and western brush-tailed wallaby. These are all Priority 4 species. Carpet python is also present and is classified “specially protected fauna”.

To see a list of vertebrate fauna recorded from the Cocanarup Timber Reserve as at May 2019 click here.